Apple is kicking off 2019 by inviting iPhone users to submit the best image they have capture with their phone camera between January 22 and February 7 as part of its “Shot on iPhone Challenge”.

A panel of judges will then select the 10 best photos, which will be featured on billboards in select cities, Apple retail stores and online. The winners will be announced later next month.

The judges will include renowned photojournalists Pete Souza and Luisa Dorr as well as travel photographer Austin Mann.

Motorcycle messenger gets one-month detention for knocking down schoolgirl 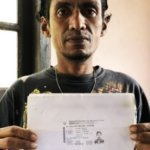