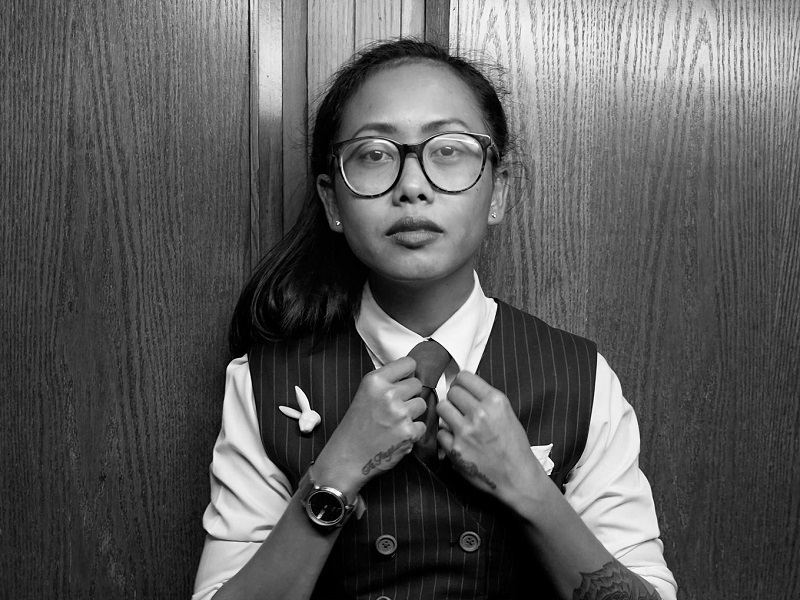 So much more than what meets the eye for this bartender

As one of Bangkok’s leading bartender, Suwincha Singsuwan is changing what it means to be a woman in the male-dominated industry.

Don’t be deceived by her big eyes and cheeky smile, Chacha, as she is known, is a force to be reckoned with. She has to be in a city saturated with neon-lit bars where women “bartenders” are often found serving 100 baht rum and cokes in schoolgirl costumes. Being taken seriously hasn’t been all rainbows and butterflies.

“Bartending as a career is not easy. It takes endless time, effort and training to be a good one,” she said. But unlike many of the ladies serving Long Islands on streets such as Soi Cowboy, Chacha’s career in the industry started with a passion for booze.

“Both my aunty and sister worked as bartenders, so my interest and respect for the craft started early,” Chacha said. “They’d host house parties, and by age 17 I was the one serving gin and tonics to all the guests.”

She has her own thirsts to slake, as I would learn of her rare evenings out away from her usual post at Thonglor’s handsome Rabbit Hole.

The Surin-born barkeep made a name for herself when she began swooping up accolades at bartending competitions such as Bacardi Legacy Cocktail Competition in 2013, where she traveled to Puerto Rico to represent Thailand, and Campari Academy in 2014.

Since then, her name has been splashed all over. Last year, she was named Bartender of the Year at The Bar Awards hosted by Drinks Magazine, no small feat for a gal up against some of Southeast Asia’s best.

“We live in a conservative country that doesn’t encourage drinking. Between religion and government saying alcohol is bad, it’s no wonder that so many women are not interested in getting involved in the industry,” Chacha said.

She hopes the future will bring more bartending education programs for not only women but for all people in the industry. However, she thinks it’ll take a little more understanding from the public to make people more comfortable toward bartending as a professional, respectable career.

And as the food and beverage scene in Bangkok matures, it’s likely the roles of bartenders and chefs around the city will be taken more seriously. Take Soi Sukhumvit 19’s Highball for instance: The traditional-style cocktail bar from Singapore is run only by women. The ladies behind the counter are serious about the craft and understand that it’s their time to run the show – not run drinks to tables as floor waitresses.

Read: Belles of the Bar: Women Call the Shots at this Bangkok Highball Bar

“Be tough but don’t be rough. Be sweet, be confident, and be yourself,” Chacha said. “Stay hungry for success and don’t forget to help others who need it. A bartender doesn’t grow by using only one resource, it takes a whole community.”

So how do you spend a night out in Bangkok as one of the industry’s best? Here’s how Chacha did it on a recent evening.

5pm: The night starts at the recently renovated Vesper on Soi Convent, a restaurant that serves a negroni as mean as its pasta.

“It’s a good place to start a night because it’s open early,” Chacha said. “When it comes to bars, lighting is everything and Vesper’s new lighting is really nice.” But despite being an award-winning bar, the night is young so Chacha starts off with a beer.

7pm: Speaking of nice lighting, next up is Thaipioka. The discreet bar in Soi Thonglor 5 is undeniably sexy with its teakwood bar and cool music.

“I like coming here because it is feels really collaborative with the shared tables and long bar. The bartenders are always friendly and willing to chat,” Chacha said. “Unlike other cocktail bars, even when it’s busy here, you can still hear the person you are talking to.”

10pm: Just down the road, Chacha will make a stop at Rabbit Hole to check up on things and enjoy a drink or two.

“At this point, I’ll be going for more spirit-forward drinks. These days I’m really into rum and vermouths,” she said. But Rabbit Hole is hardly the place to stick with simplicity. Their menu boasts 65 different cocktails – broken up into categories such as savory, refreshing, dry and fragrant.

“If you know you like martinis, you’ll feel more comfortable ordering something from the dry section. We want to educate our guest but still allow them to stay in their comfort zone,” Chacha said. Her new menu, which debuted this week, fits with the up-and-coming cocktail trends. Expect a section for botanical, experimental, and “bartender’s creation” cocktails.

12:30am: Across the street, in Thonglor’s Arena 10, Chacha went to the unexpected Locker Room before it closed down in late December, which provided a cool space with quality cocktails.

“I like the benches!” Chacha said. “It drives me crazy when a bar stool doesn’t have a back to it,” she added, before praising the El Presidente cocktail she used to have there – a concoction of white rum, dry vermouth, orange curaçao and grenadine – as she relished in the comfort of a damn good bar stool.

2am: “By this point, I’ll probably be too wasted and end up at either Sugar on Soi [Sukhumvit] 11 or Chow at the bottom of Hotel Metropole in Thonglor,” Chacha said. The latter serves drinks until the early morning in a somewhat-chill atmosphere, whereas Sugar is good for one thing (and one thing only) – dancing.

Onward: The night only ends after some grub to help sop up some of the night’s booze. Find Chacha at Foodland’s Tuk La Dee restaurant for a greasy plate of pad see ew, or having fried duck mouth at Ekkamai’s Lab Per Por 4.

And when it comes to the day after, water is your best friend.

“I drink a lot of water between drinks, so I rarely get a hangover.” Chacha said. “Keep a bottle of water next to your bed to drink throughout the night so by the time you wake up, you are hangover-free.” 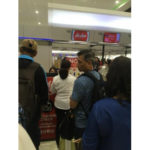 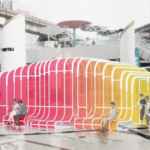