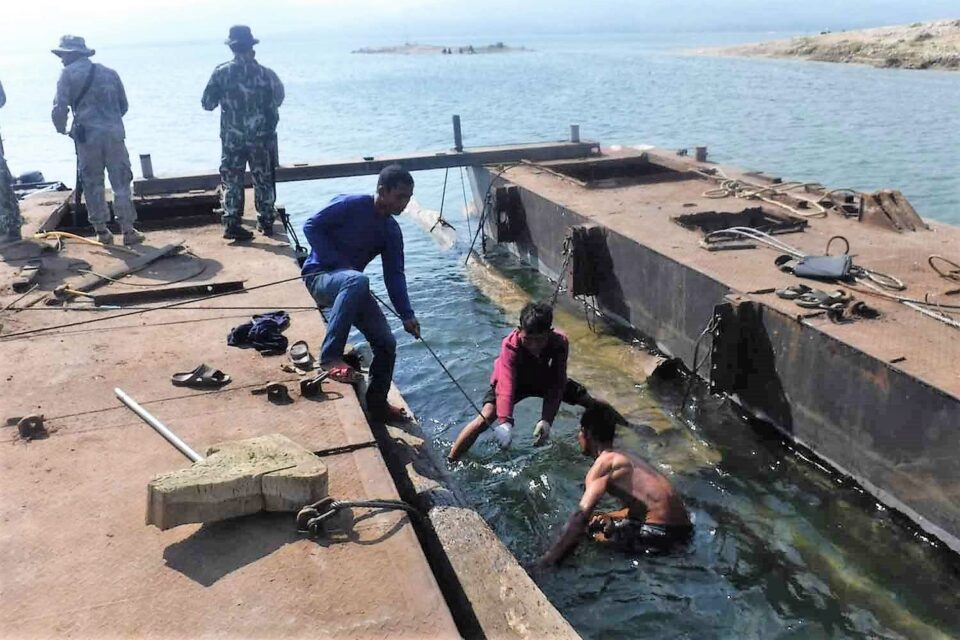 Six men were arrested and charged with illegal logging after they were found to have harvested submerged tree trunks from the Srinakarin Dam reservoir in Si Sawat district.

They came upon a large ferry boat with a load of logging equipment and six men on board. The men also had six sets of diving gear.

The boat was about 30 metres out from the bank at Moo 6 village in tambon Dan Mae Chalaep.

On closer observation, the rangers found 12 tree trunks, 6-8 metres long, tied with slings to the ferry. The trunks, after being processed, would produce about 8.47 cubic metres of wood.

Since the trunks had been underwater since the dam’s construction was completed in 1983, the trees were not immediately identifiable.

Chong Aramruang, one of the six men, said they had been hired by an investor from Bangkok to cut and raise submerged tree trunks, using iron slings, and process the timber. They were to be paid 1,000 baht for each cubic metre of wood.

They had begun the work three days previously.

The six men were detained for illegal logging and the tree trunks and logging equipment seized. They were handed over to local police for legal proceedings. 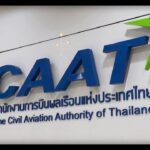 Banned from selling food, drinks to passengers on domestic flights 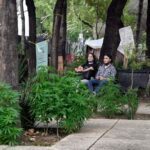