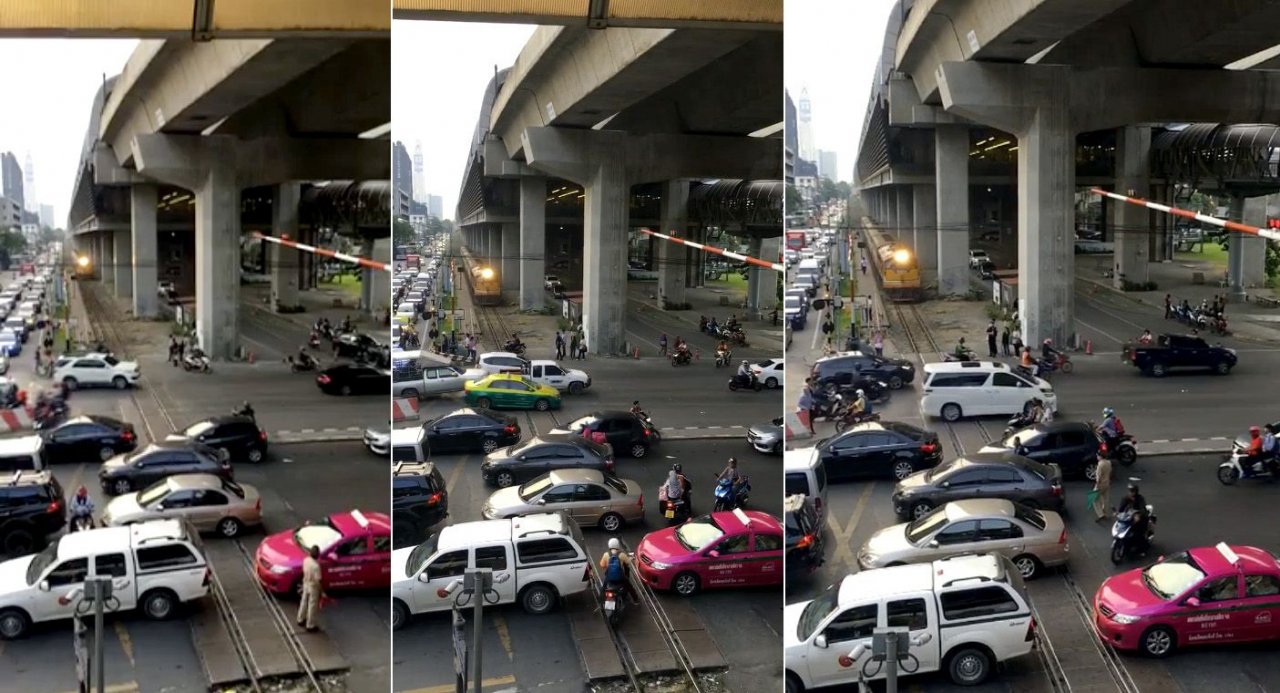 Notorious Bangkok Traffic: As graphic evidence of Bangkok’s notorious traffic congestion, a Facebook user shot a clip of a train having to wait at a rail crossing on Tuesday afternoon and the clip went viral.

The clip was shot and posted on Tuesday evening by a Facebook user Takawit Thibthong. By afternoon Wednesday, the clip had been viewed over 1.9 million times, was shared more than 30,000 times, and received over 10,000 reactions.

Takawat said the crossing is under the Airport Rail Link above Makkasan Road.

The clip showed that one side of the road was filled with stationary vehicles, preventing the official from lowering barriers to block the railway for the train to pass through.