Home » Caught in the Act

Englishman caught with his pants down in short time room

An older English gentleman found himself a little red faced at a well known Pattaya agogo when police burst through the doors and caught him midway through his “private time”.

The police were kind enough to knock on the door of the short time room, but after no answer, they took matters into their own hands.

“Nai Ampher” Naris Niramaiwong, who was in charge of the team, summoned the maid who was on duty at the time to open the door from the outside.

It came as no surprise to the police when they entered the room and found exactly what they were looking for. A 62 year old man, who is yet to be named, and a younger Thai lady who had been bar fined from Windmill agogo downstairs. Both were naked, and were mid way through, well, you know what.

They were both told to get dressed and were interviewed downstairs to determine what was happening.

The district chief was out with his raiding party who had split up all over Walking Street, South Pattaya in what Manager online said was a “crime suppression drive for Valentine’s Day”.

The main purpose of the drive was to give tourists a “warm feeling” and to assure them of their safety.

The older gentleman and his girlfriend for the night were not the only evidence the police found in Windmill. Check out the sign below which was placed by the toilets. It reads:

“Please close the door gently as guests get startled causing a loss of erectile function …na kha! And if you are using your phones please do so away from the short time rooms”.

A picture was taken of this further evidence before the manageress, Malin Kaewwichian, was arrested and charged with running a sex business on the premises without a license, which as we all know too well, is a big NO-NO in Thailand. 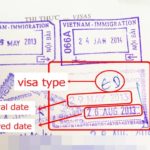 Setting up a Company in Thailand