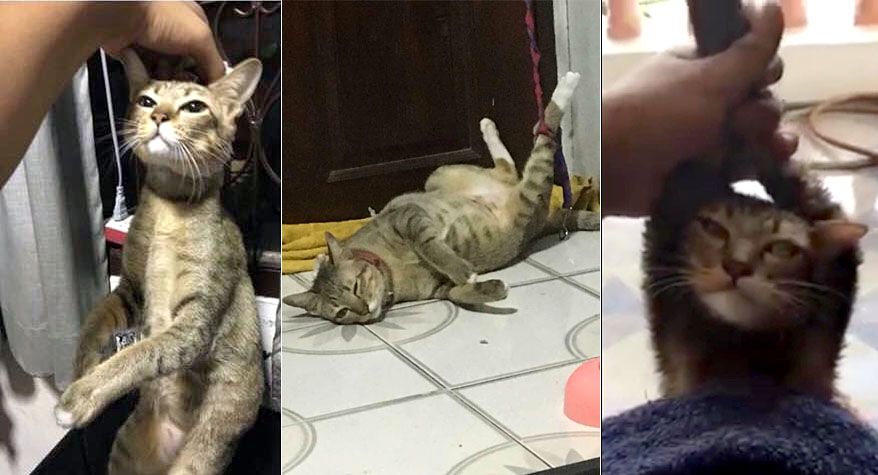 The animal rights group Watchdog Thailand on Friday filed a complaint with the police against a cat adopter for allegedly repeatedly abusing his pet by hanging it and beating it until it became “depressed”.

Watchdog Thailand posted on Facebook that it has filed a complaint with Bueng Koom police, who had allowed the previous owner to rescue the cat.

Watchdog Thailand said the unnamed owner admitted on Facebook that he repeatedly tortured the cat to teach it how to “behave”.

Among other things, he strangled the cat until its tongue slipped out and left it hanging. Sometimes, he said he hanged it upside down and beat it with clothes hangers.

The man admitted that he almost killed the cat several times out of anger when it did not learn to urinate in the sandbox and beat it over 100 times.

He said he made the cat cry and refused to feed it to teach it a lesson. The cat had to hide in fear, he added.

The details were passed to the previous owner who contacted Watchdog Thailand.

Thirayuth said the owner has been summoned to face animal cruelty charges and would face court action.

Watchdog Thailand thanked the original owner for saving the pet.