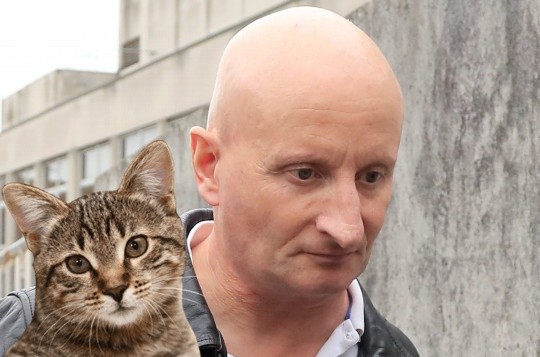 Cat-killer Steve Bouquet has been jailed for five years and three months at Hove Crown Court after carrying out a campaign of cat killings.

The 54-year-old from Brighton was previously found guilty of attacking 16 cats in the East Sussex city, killing nine.

A jury at Chichester Crown Court found the shopping centre worker guilty of 16 offences of criminal damage and possession of a knife earlier this month.

During his trial, the court head details of how Bouquet moved through the city unseen and unheard and stabbed people’s beloved pets.

The campaign of attacks went on for several months between October 2018 and June 2019.

After the verdicts were read out earlier this month, Judge Jeremy Gold QC said: ‘I suggest it is only really during lockdown it has been particularly clear how much many of us who have pets rely on them for companionship and comfort and one can only imagine the distress that was caused to the owners of those various cats in this case at the very thought of having a knife plunged into their beloved pet.’

Sentencing Bouquet on Friday, the same judge said his behaviour was ‘cruel, it was sustained and it struck at the very heart of family life’.

During the sentencing, the court heard tearful testimony from cat owners impacted by Bouquet’s sick attacks.

Emma O’Sullivan, whose cat Gizmo was killed, said: ‘I miss Gizmo every day. After it happened it could not sleep. I spent many months in therapy working through what had happened.

‘I’ll miss her for the rest of my life. She was such a friendly and loving cat who loved sitting outside the house getting petted by people walking past.’

Katerine Mattock, owner of Alan who was killed, said: ‘This was a murder of innocent and much-loved cat called Alan. Alan was my family. He made my house a home.

‘One minute he was running round the kitchen then next he was dead, covered in blood.

‘He had an innocent and playful nature. It was dreadful to think he went to a stranger for a stroke and then got a stab instead.

‘In the immediate time after his death meant I had to have medication to sleep. Law is not fit for purpose.’

Lucy Kenward, who spent £5,000 on veterinary treatment trying to save her cat Cosmo, broke down in tears as she recalled the horrific killing.

She said: ‘I thought he may be injured, get hit by a car, get into a fight with other cats but I never expected him to be stabbed by a person.’

Andrea Williams, whose Maine coon cat Wheatley was injured and then later died, said: ‘Our cat was famous in Brighton, a feline celebrity.

‘People went out of their way to come and talk to him. He showed us so much love. I still wake up in the small hours thinking of him and crying.

‘We had a murderer walking the streets with a knife with an intent to kill.’

She said she developed ‘acute paranoia’ and mental health suffered as a result.

Bouquet was caught out when a cat owner concerned for the welfare of their pet set up a CCTV system outside their home that caught him in the act.

Prosecutor Rowan Jenkins said: ‘He made a single mistake but that was all that was needed to expose him.’

Footage revealed the moment Bouquet struck after stooping to stroke a cat, a nine-month-old black kitten called Hendrix, in a narrow passageway.

Bouquet can be seen taking something from his rucksack and then making a sudden jerk forwards, towards the cat who then flees into his house.

Hendrix was later found by his owners bleeding heavily from an apparent knife wound and he was rushed to a vet but sadly died of his injuries.

In his police interview read out in court, Bouquet lied to officers and said that all he knew about the cat killings was what he had read in the newspapers and online.

He told investigators he was ‘no threat to animals’ but a photo of a dead cat was found on his phone, the court heard.

Bouquet failed to attend his trial but was apprehended by officers after a sighting from a member of the public. 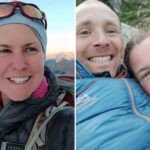 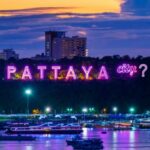