Home » DOCTORS IN SQUALOR, PATIENTS ON BALCONIES AT CASH-STARVED HOSPITALS 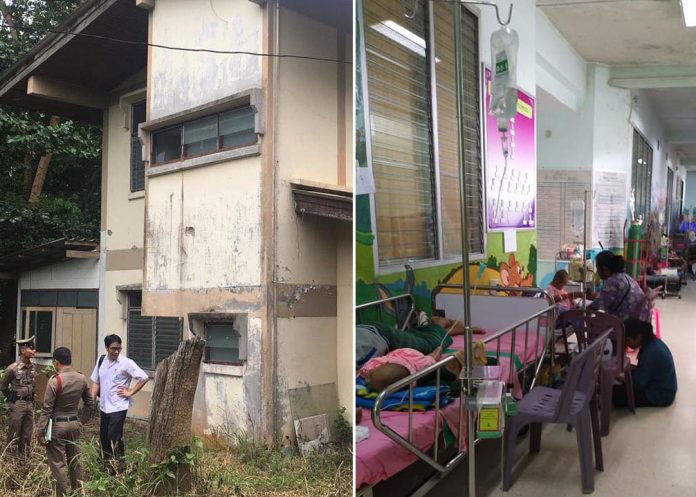 Cracked windows, peeling paint, moldy walls and water stains mark the house as being long abandoned. But there, surrounded by overgrown woods and weeds, a medical doctor lived five years until someone recently broke in to steal his valuables.

Khon Kaen doctor Thiti Chanmeyka first made headlines in August when his stolen surgical loupes worth 80,000 baht were returned following his appeal on social media. But when people saw his dire living conditions in hospital housing, it renewed concern for the poor welfare of overworked medical personnel.

Nearly a year after a rock star ran nationwide to raise money for notoriously underfunded state hospitals, hardships continue despite the money and pledges. And not just for the large volume of patients competing for space. Health officials recently acknowledged they’ve been unable to provide for tens of thousands of staff, many of whom are chronically overworked to the point a few have succumbed to illness and died.

The situation is enough to regularly spark public anxiety that the whole health care system is on the verge of collapse.

“The government, health ministry and people have to realize that the downfall has already happened, and almost everything is falling apart,” Chulalongkorn University neurologist Thiravat Hemachudha said online last week in a post showing overcrowded wards at an unidentified hospital in the northeast.

Of the more than 140,000 hospital employees eligible for housing assistance, nearly 65,000 do not receive any, according to the Health Ministry. More than 7,600 homes are beyond repair and must be rebuilt.

After the pictures of Thiti’s home spread, representatives of Srinagarind Hospital – also a Khon Kaen University medical school – went on television a few days later to say that all the old homes, said to be built about 30 years ago, had been well maintained and it was up to the residents to take care of them.

Thiti, who moved out after the robbery, responded by saying it was already uninhabitable when he first arrived.

“When I got the house in 2013, I could not live there. It was filled with nests of rats and pigeons, termites, and covered in dust,” he wrote online shortly after. “I paid for all the renovations: the ceiling, the floor, electricity, plumbing, doors, structures, etc. It cost me hundreds of thousands of baht.”

He later told Khaosod that he had to spend about 300,000 baht to fix it because the hospital had no budget for staff housing maintenance.

“I’d like to ask executives to take better care of their staff’s well-being,” he said. “Some have to live in very poor accommodations, both in terms of safety and surroundings.”

Officials on Wednesday announced an additional 500 million baht accommodation funding for each of the 12 regional health departments.

Permanent health secretary Sukhum Kanchanapimai said the problem is not new, but one the ministry has been trying to solve for several years.

“I’ve instructed inspectors of the 12 regional health offices to issue a report detailing what they need,” he said, adding that their reports were due Friday.

Sukhum said providing homes or apartments near or at hospitals is fundamental to the welfare of employees, especially for those who have relocated from their hometowns and may be on call 24/7.

But in reality, the housing shortage is not the only thing making their work arduous, or even perilous.

It did not go over well last week when a national nursing organization rallied to the defense of one of their own caught on camera roughly treating an elderly, comatose man. Though the public seemed little swayed by arguments the woman was overworked, data supports the heavy demands placed on medical professionals.

A 2012 study by Khon Kaen University’s medical school found nine-in-10 new doctors at public hospitals work over 80 hours a week, with many being called in 72 hours straight. Researchers at Chiang Mai University’s faculty of nursing in 2014 found that the average nurse works 54 hours every week.

In May 2017, 30-year-old doctor Thapakorn Thongkeu died in Buriram province from an acute lung infection his colleagues said he contracted from a patient after too many hours on call. The case drew attention to the death a few weeks earlier of 25-year-old Pitcha-orn Pongprasert, whose family said had contracted the same disease after working too many 72-hour shifts.

THE DOWNFALL HAS ALREADY HAPPENED, AND ALMOST EVERYTHING IS FALLING APART.

The national Medical Council months later issued new regulations barring doctors from working more than 40 hours per week or being on call over 16 hours, citing increased risk of infection, depression and accidents.

New rules did not seem to flip the situation as the reasons they are overworked – shortages of facilities, equipment and personnel – remain unresolved. 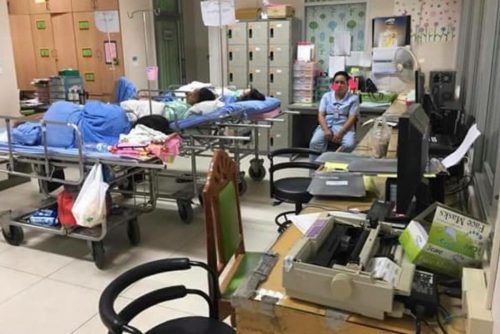 Money may only be part of the problem. The nation’s 896 public hospitals receive about 12 billion baht in annual funding. Official data indicated that almost 400 suffer a capital loss in the previous fiscal year worth 3.1 billion baht combined.

As it became apparent many were deeply in debt and at risk of closing, musician Artiwara “Toon Bodyslam” Kongmalai became hailed as a national hero last year when he ran across the country and raised 1.3 billion baht for 11 state hospitals said to be underfunded.

Several months before he started running, the government said it would give an additional 5 billion baht to state hospitals after it was revealed that at least 18 of them were under a financial crisis.

Teerapong Tunak of the health administration department said the ministry receives about 7 billion to 8 billion baht annually for facilities – which is split by the 12 regional offices.

Thiravat, the neurologist who shared images of severe overcrowding, wrote that a former student complained that his hospital in the northeast has too few staff to handle a patient load already two to three times over daily capacity. Those meant to be treated in intensive care units are overflowing out of the fully equipped rooms of up to 20 people per ward.

Sukhum, health ministry permsec, acknowledged that many hospitals put patients in hallways or on balconies when beds fill. He said his ministry has been pushing several measures to fix the issue.

The Health Commission last year said Thailand has an adequate amount of doctors and nurses, but they are unevenly distributed across the country.

The World Health Organization in 2015 reported Thailand had just shy of one doctor for every 2,000 people, less than half its recommended ratio of 1 doctor per 1,000.

Prapon said one effective measure has been transferring stable patients to smaller hospitals.

For those who don’t need to be admitted, Sukhum said they are developing an online appointment system to help schedule the load for both doctors and patients. However, he said the most sustainable way to reduce the number of people coming to hospitals is educating them on how to keep healthy.

Prapon agrees, saying about half of all patients show up with conditions that can be treated at home.

As elsewhere, Thailand’s health care is a political issue, and the military government has expressed interest in dismantling the free health care system. Just last month, junta leader and prime minister Prayuth Chan-ocha claimed that it was making people not take care of themselves because they could see doctors at no cost.

Prapon said better awareness would be good for everyone.

“We need to promote more health knowledge to people,” Prapon said. “No one should think that a lot of people come to the hospital because of the free treatment. Being sick is distressing. Being admitted to the hospital makes no one happy.”

Sex: the elephant in the room at Vatican youth synod 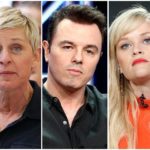