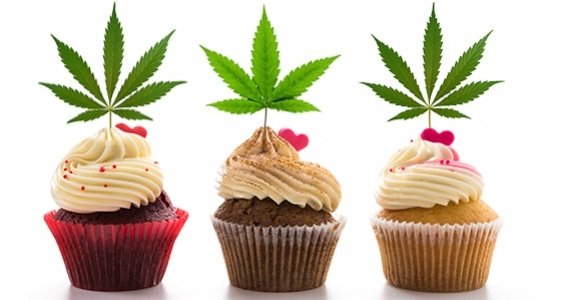 A Canadian soldier who fed cannabis cupcakes to her fellow troops during a live firearms exercise could now be sentenced to five years in prison.

Bombardier Chelsea Cogswell was found guilty of administering “a noxious thing” to eight soldiers, as well as behaving in a disgraceful manner.

Soldiers had described feeling drunk and confused while handling weapons after eating the cakes in 2018.

The crime occurred three months before cannabis was legalised across Canada.

She said prosecutors had proved beyond a reasonable doubt that the affected soldiers had eaten cannabis from the cupcakes, which the bombardier knowingly gave them.

The bizarre case stems from an incident at the Combat Training Centre at CFB Gagetown in the province of New Brunswick.

Prosecutors in her military trial argued that Cogswell added more peril to an already dangerous situation when she handed out the chocolate cupcakes while in charge of the canteen during a field exercise.

Soldiers testified to feeling “spaced out”, “incoherent”, “paranoid”, and “sluggish” after eating the homemade treats.

Medical officials were called to investigate after the soldiers reported their symptoms. Despite the hot summer day, heat exhaustion was ruled out.

Five later tested positive for cannabis, as did one cupcake wrapper recovered from the scene.

Lawyers for Cogswell argued that military detectives lost several other cupcake wrappers, demonstrating investigative ability so “shockingly negligent as to constitute an abuse of process”.

Military prosecutors deny that any other wrappers were ever in their possession.

In a video interrogation with Cogswell played for the court, she described being called a misogynist word by other soldiers and said cannabis use was prevalent among troops.

Last spring, a military official confirmed that this was the first time that a Canadian soldier has faced court martial for “allegedly administering cannabis to colleagues without their consent”.

Cogswell joined the Canadian Army in 2011, and remains a service member.

Earlier this year, her mother told CBC News that she has been barraged with online hate messages and had her car vandalised once since the charges were filed.

“I’ve been on this bench long enough to see that there are a lot of good people that sometimes exercise very poor judgment,” the judge told Cogswell in court.

She will be sentenced in November. 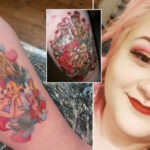 Disney fan nearly killed by her own Little Mermaid tattoo 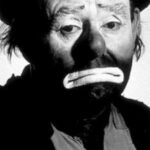