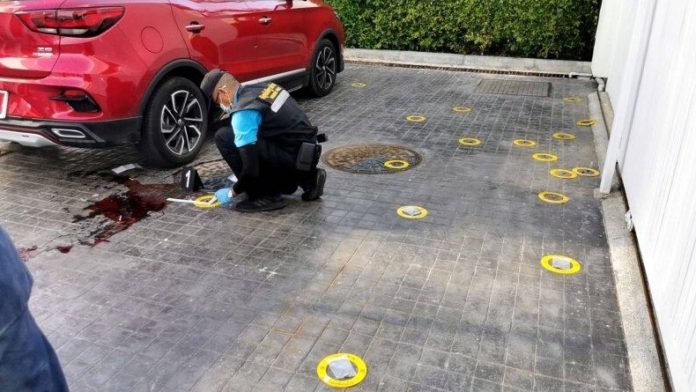 The extradition hearing of a former member of Dupre began in Edmonton on September 27.

Dupre is on the run from Thai police who claim the Alberta man took part in the killing of gangster Sandhu in Phuket in February of this year.

Sandhu was gunned down outside his villa at Phuket’s Beachfront Hotel.

Police found sizable amounts of cash and illegal drugs during a search of the villa, “leading investigators to believe that the murder related to an illegal drug trade rivalry,” according to the government brief.

The 32 year old Sandhu was a prominent member of the notorious United Nations gang, a criminal group from Vancouver, British Columbia, that grew to be a major force across Canada in the early years of 2000.

Dupre was arrested on February 20, two weeks after the killing. During the hearing, Dupre sat silently in the dock wearing a black hoodie, making no statement to the court.

Dupre’s lawyers are opposed to the extradition, arguing the Thai case is insufficient to demonstrate what part if any, he took in the killing.

Also, ex-military, Dupre’s sidekick Lahrkamp, was killed in a plane crash in Ontario earlier this year along with other gang members.

Dupre and Lahrkamp arrived in Thailand on the same flight on December 18, 2022, staying together in the weeks before the shooting.

The alleged killers were captured on CCTV leaving the scene of the crimeThai police claim that in the early morning of February 2, Dupre and Lahrkamp went to Sidhu’s villa and attached a GPS tracking device to his vehicle, returning the next day to check the device.

On the day of the assassination, the gangsters again parked near Sandhu’s villa where they were captured on CCTV with faces uncovered.

Later that evening, they are believed to have driven into an alleyway near the villa, changed their clothes, and concealed their faces behind white T-shirts.

Just after 10.30pm, as Sandhu pulled into the driveway, the two opened fire. “Numerous” shots were fired. Sandhu was hit at least 10 times and died at the scene.

CCTV footage shows one of the killers removing the GPS tracker from Sandhu’s vehicle.

The pair were then recorded heading toward the beach, where police claim they discarded their weapons and changed their clothes for a second time and were seen by a Ukrainian tourist.

Another security camera captured images of the pair attempting to scale a wall topped with barbed wire.

One can be seen to be bleeding after injuring his leg in the attempt.

Later they were recorded with their shirts off, and a distinctive sleeve tattoo is visible on Dupre’s right arm.

Dupre and Lahrkamp then returned to their hotel and left two days later without checking out, returning to Calgary on February 6.

Dupre’s lawyer, James Lockyer, urged Justice Denise Kiss not to merely “rubber stamp” the case, as the only sentence for premeditated murder in Thailand is death by lethal injection.

The Thai police have not provided the CCTV footage they claim links Dupre to the crime, material crucial to the case with “fatal” ramifications.

“All is not what it seems,” Lockyer said. “It is easy to fall into the trap of accepting assumptions as if they are in fact evidence.”

Lawyer for the Crown, Cam Regehr said Thai investigators have “extensive” footage of the crime, as well as DNA evidence found on clothing discarded as the pair fled, and in their rented car.

Dupre’s case is next in court on October 28 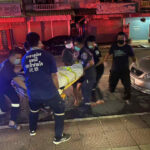 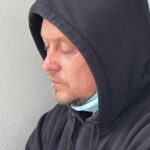