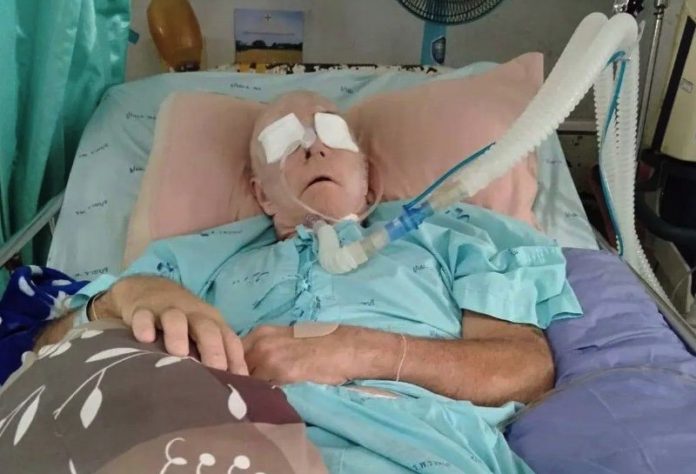 A Canadian family is living through a cautionary tale about the perils of travelling abroad without emergency medical insurance.

On Sunday, a fundraiser was held at the Lantville Pub by the family of Vancouver Island native Dan Treacher, who’s in need of an expensive medical evacuation from Thailand.

Treacher, 66, has been a regular visitor to the country since he married a Thai woman a few years ago. But in September, he fell off a ladder at his wife’s house and ended up with a critical head injury.

An initial brain operation saved his life, but complications have kept him in the hospital.

“He is fighting for his life and wants to come home,” Treacher’s daughter Lisa Robson said.

Robson says her dad didn’t have a medical insurance plan to cover him in Thailand, and she and her sisters have been paying for his ongoing care — which costs about $2,000 a week.

But bringing Treacher home is going to cost a lot more. The daughters have been told that the most inexpensive medical evacuation will cost about $75,000 and they’ll have to come up with that on their own.

“Our embassies have very limited things they can do for us,” daughter Cherril Hoot said.

“It’s not like the movies where you’re going to run there and they’re going to get you home. It doesn’t work that way.”

“It’s a big reminder to all consumers: if you are travelling anywhere outside the Canadian borders, you have to have travel insurance — at the least, emergency medical,” she said.

Newell adds travellers should read the fine print of any policy and make sure they know how they’re covered before purchasing insurance or hopping on a plane.

Treacher’s daughters hope their fundraiser will bring them a few thousand dollars — not enough to bring their father home, but at least a start.

As they look for other funding, they’re remaining optimistic Treacher will hold on until help arrives.

“He is a fighter beyond all fighters, because he is still going,” Hoot said. 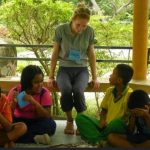