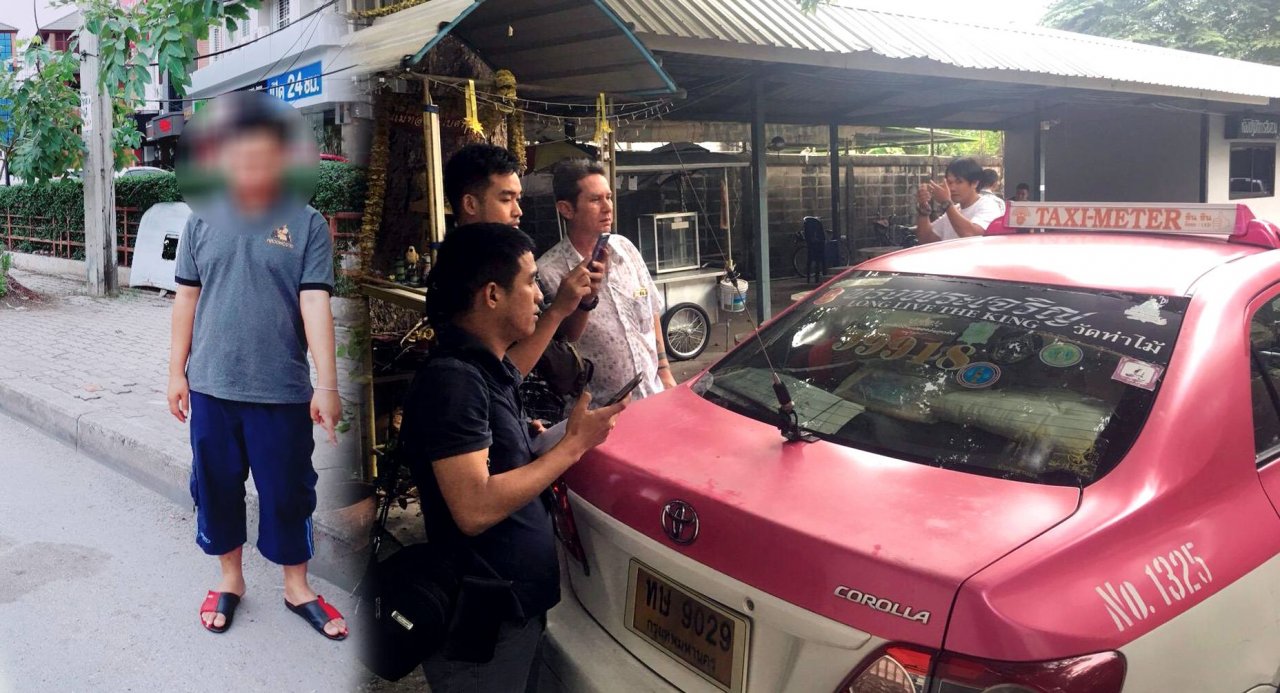 Cabbie Nabbed: A Bangkok taxi driver was arrested on Sunday for allegedly stealing two luxury wristwatches worth Bt170,000 from his two passengers, who had dozed off, and then abandoning them at a bus stop on Borommaratchachonnani Road at 2am on August 10.

The suspect Anon Lachai was nabbed at Soi Lat Phrao 101 in Bang Kapi district by a Thong Lor police team led by superintendent Pol Colonel Khajornpong Jitpakpoom. The cabbie had been prosecuted in November 2015 for a similar crime and is wanted for another theft committed on August 6 this year.

Anon’s arrest stemmed from the August 10 incident in which he allegedly stole two luxury wristwatches from two male passengers whom he had picked up from a restaurant in Ekamai area. After telling the cabbie of their destination in Thawee Wattana’s Buddha Monthon II area, the passengers dozed off.

When they awoke after being dropped off at the bus stop and hailed another cab, they found that their wristwatches were missing. Hence they filed a theft complaint against the first cabbie. Police traced the cab from the CCTV footage at the Ekamai restaurant and the route it had taken.

Upon arrest, Anon reportedly confessed to having stolen the wristwatches, which he then passed on to an accomplice called Surasi Thanthakij, who sold the watches off for Bt175,000 to a customer in Chaeng Wattana area. Anon said he pocketed Bt130,000 and gave the remaining Bt45,000 to Surasi.

Anon has been charged with theft.

Genoa toll hits 43 as search for answers ramps up