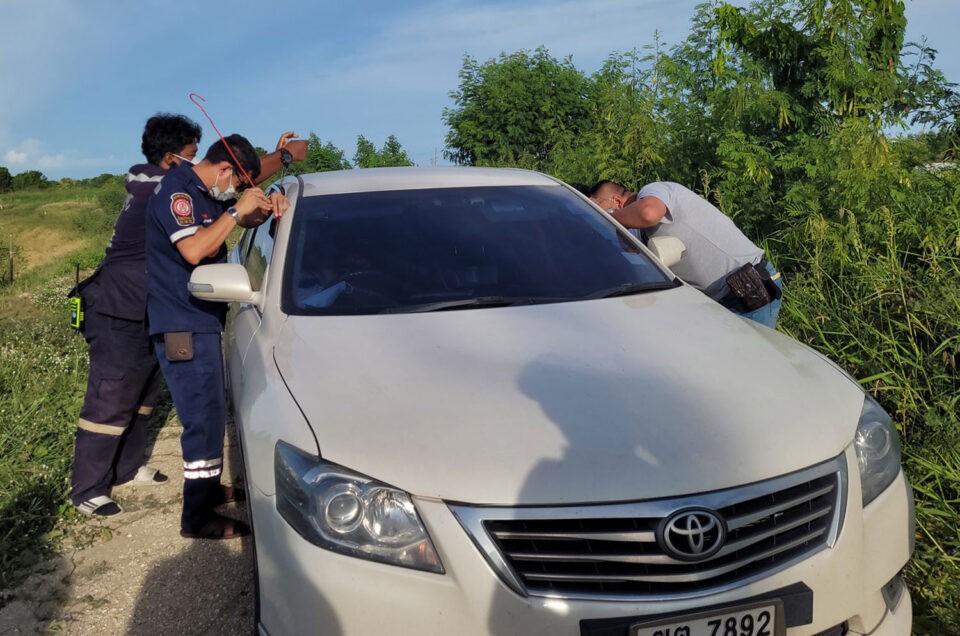 A 43-year-old Malaysian businessman was found dead inside his car parked near a fish pond in Bang Phli district on Friday evening. A warm charcoal stove was in the vehicle.

Rescue workers rushing to the scene tried to open the locked doors of the sedan. When a door was opened, they found the driver, identified later as Wong Chen Hoe, a 43-year-old Malaysian national, in the driver’s seat.

A charcoal stove was found next to the driver’s seat. A half-full charcoal bag was found in the back seat.

He had two knife wounds on his right wrist, covered by a face mask.

There were no bruises or traces of a physical assault on his body, said a hospital doctor called to the scene. The doctor believed the man had died at least 7-8 hours before his body was discovered.

His wife told police that her husband left the house on late Thursday morning, driving a company car. Since then, she had been unable to contact him.

On Friday morning, she sent him a Line chat message which was marked as read, but received no reply. She also phoned him but he did not pick up.

She said she was worried that he might be in danger or resort to taking his own life since he had been stressed lately. His business had been operating at loss during the spread of Covid-19.

She went to the police station to help find her husband.

Mr Boonma Phunooch, 62, owner of the fish pond where the car was parked nearby, said he saw the car parked there with its engine running since Thursday afternoon.

He initially thought the driver might stop it to take a rest.

He just learned about the incident on Friday evening when local residents alerted him that the same car was still parked there with the engine running.

Mr Boonma said he knocked the door several times to wake up the driver but there was no response.  He then alerted police.

front page Rescue workers try to open the locked doors of a Toyota car parked near a fish pond in Bang Phli district, Samut Prakan, on Friday evening. The driver, a Malaysian man, is found dead inside. (Photo: Sutthiwit Chayutworakan) 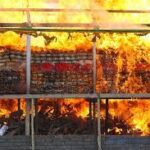 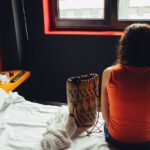 Women say they were sexually harassed by guards