A pedophile has been left with “life-altering” injuries after climbing through the bedroom window of two young children, only to be greeted by their pet bulldog who bit his penis off. 52-year-old Randle James of Saline County, Arkansas, climbed into the 1st-floor window of the small family home into the room where the two young sisters were sleeping after passing by and seeing the open window.
After climbing into the room of the 3 and 6-year-old sisters, James got more than he bargained for when family’s Pitt Pull Terrier leaped to the girl’s defense.The dog severed the rapist’s genitals clean off and swallowed his penis and testicles.
The commotion alerted the children’s parents who called emergency services. According to the father of the children, after calling the police, the attacker was in so much pain that he didn’t attempt to make an escape.
James was rushed to the hospital where doctors treated his wounds but said they were unable to rescue his genitalia after it had been swallowed by the pet bulldog.
Hospital staff said they were able to “patch him up,” and while he lost a lot of blood and was clearly in a lot of pain, he would survive.
They added that although his injuries were no-longer life-threatening, they were “certainly life-altering.
“The family, who can’t be named, said they are just thankful their dog was there to protect the young girls from the attacker. The mother of the girls said:
“He’s our hero. He’ll be eating steak for a week now.”
Local residents described the incident, which happened around 2 am on Monday, as being “very unusual” for the neighborhood.One neighbour said they always leave windows open at night, saying, “we never worry about something like this happening around here.” Another local resident described being awoken by the “screaming” during the incident: “I think it woke everyone in the neighborhood up. “I’ve never heard anything like it. “Blood-curdling screams that sounded like something from a horror movie. “It must have lasted 20 minutes. “When I heard what happened I thought, ‘no wonder!’ “Then I thought, ‘good. Good doggy.’”Lt. Dodson of the Saline County Sherrif’s Office said in a statement said the family was “lucky” their pet was able to protect them from a potential sexual assault, adding:“A man entered a family home with unlawful intentions and luckily their family dog was able to prevent a serious attack from taking place.”We are currently investigating a complaint of an attempted sexual assault and will be taking a suspect into custody as soon as he has recovered from his injuries.”
The dog has yet to pass the attackers genitals after swallowing them, but the family said, “there’s no rush; he won’t need them now.” P1N 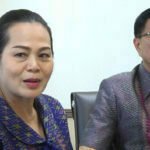 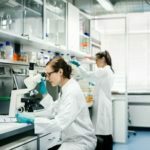