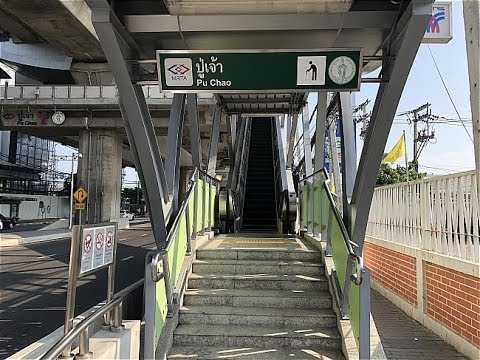 A student fell to his death from Pu Chao skytrain station to the footpath below, on Sukhumvit road in Samut Prakan on Sunday evening.

His death was reported to police about 7pm.

Police found the young man lying face up on the footpath underneath Pu Chao BTS station. He had multiple broken bones.

According to an ID card found on the body he was Kitsana Chanthawong, 22, a first-year student at Bangkok College of Technology.

Security camera recordings showed the student had walked back and forth on the third floor of the BTS station from 5pm for over an hour, before climbing over a barrier and then falling to the ground below.

A motorcycle taxi driver told police he was startled by the sound of something hitting the ground hard. He then saw a young man lying on the footpath near the bus stop and called the police.