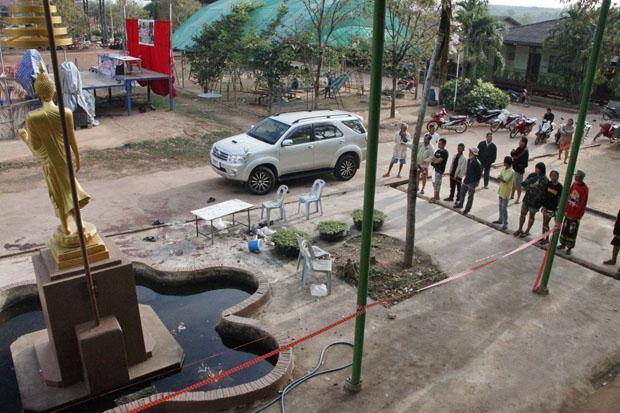 Two Brothers have been Arrested for bomb attack on temple

Two brothers, aged 31 and 24, were arrested in adjacent Chon Buri province for allegedly
hurling the bomb that exploded, killing four people and injuring five others, at a temple fair in Chachoengsao early on Sunday.

About 20 police from Chachoengsao and Chon Buri arrested Anusorn sae Ngo, 31, and his brother Anurak sae  Ngo, 24, in Chon Buri late on Sunday night. They were hiding at a relative’s house, Pol Maj Gen Theerapol Jandaluang, chief of Chachoengsao police, said on Monday.

After the grenade attack, the suspects drove their vehicle to Chon Buri where they tried to hide. They were arrested without any resistance in tambon Nong Ree of Chon Buri’s Muang district, he said.

The siblings, both natives of Chachoengsao, allegedly lethally attacked a group of heir rivals at a fair at Wat Ampawan in tambon Lat Krathing of Sanamchai Khet district, about 1am on Sunday.

Their interrogation finished about 3am Monday and the re-enactment was set for Monday afternoon, Pol Maj Gen Theerapol said. 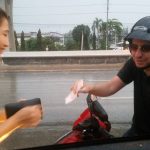