A PROTOTYPE of a British-built plasma-powered rocket engine which could propel spacecraft at 100,000mph, thus halving journey times to Mars, has been tested successfully in the UK.

And Pulsar Fusion ultimately hopes to construct an engine capable of powering rockets travelling at a staggering 500,000mph. Pulsar, a privately owned nuclear fusion firm based in Bletchley in Milton Keynes, has constructed a miniature version of the thruster – and the trial opens up a range of tantalising possibilities, as well as underscoring the importance to post-Brexit Britain of the soaring space sector, which also celebrated the launch of the Solar Orbiter spacecraft earlier today

Pulsar’s CEO, Richard Dinan, a former star of Channel 4 reality show Made in Chelsea, said: “I see Nuclear Fusion as a sector that will sweep in a whole host of innovation – it is not just power station technology.

“Propulsion is possibly even a natural first step, over powering the national grid, on the road towards commercial fusion. “At Pulsar, we develop and invest in several promising components and technologies, each with nuclear fusion at their heart.”

Head of operations at Pulsar, Dr James Lambert added: “This first round of tests is designed to locate our concept in space design and explore state of the art electric propulsion.

“It included electrical and vacuum subsystem validation, as well as using a materials testing suite to establish flight parameters and minimum viable product specifications for the new generation of thruster engines.”

Conventional rockets have a maximum exhaust speed of around 40,000mph, meaning a journey to Mars, as envisaged by billionaire entrepreneur and would-be colonist Elon Musk, would take six months for a one-way trip.

However, a nuclear fusion engine would mean such a journey could be completed in half that time, as well as improving the feasibility of expeditions beyond the solar system.

Pulsar’s thruster is capable of achieving ten times the efficiency of a conventional chemical rocket, by putting vast amounts of energy into argon gas, the propellant, to produce a high temperature plasma similar to that which is found in a nuclear fusion reactor.

An electromagnetic field is then used to shoot out the plasma at colossal speeds, potentially powering superfast journeys.

The device has been built as part of Pulsar’s initiative to design and build a larger, hotter thruster that will utilise nuclear fusion power in a bid to create exhaust speeds in excess of 500,000 mph. 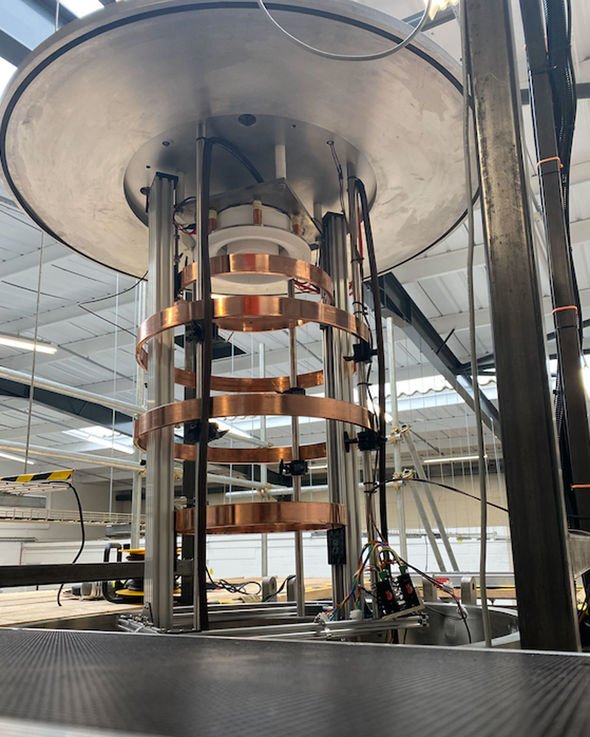 Speaking to Express.co.uk in June, Mr Dinan said: “Fusion offers exhaust speeds much faster than possible with combustion rockets and with more power than ion thrusters. These can halve mission times to Mars.

“If humanity is ever going to achieve the dream of traveling beyond our solar system, we absolutely need fusion rockets.

“Not only does nuclear fusion have the potential to solve the world’s energy crisis but it will also lead to countless other technological innovations not least the tantalising possibility of high speed space travel.

“Nuclear has a bad name because humans initially used its power to create weapons, but there is a totally safe, clean other side to it that is demonstrated by the stars.

“The same technology that allowed us to do the worst thing we have ever done, will give us the ability to do the best thing we will ever do, generate abundant, powerful clean energy.

“Pulsar Fusion was set up out of a relationship with a lot of nuclear physicists who know the science is there now.

“Why should something that is possible today wait for tomorrow?”

Pulsar’s successful was announced hours after the Solar Orbiter spacecraft took off from Cape Canaveral in Florida.

The mission will take the most detailed images ever of the Sun and provide crucial information about how our star’s volatile activity affects its atmosphere, helping improve predictions related to solar flares and other space weather.

“This new mission demonstrates the UK’s leading role in the global space industry, while supporting our economy, creating jobs and helping establish the UK as a global science superpower.”

A Government-commissioned report published last year suggested the UK space industry was worth £14.8billion in 2016/17, a growth rate of 3.3 percent per annum. 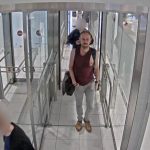 A teacher was tied to a chair, beaten, and fatally hit by a truck, police say 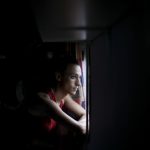