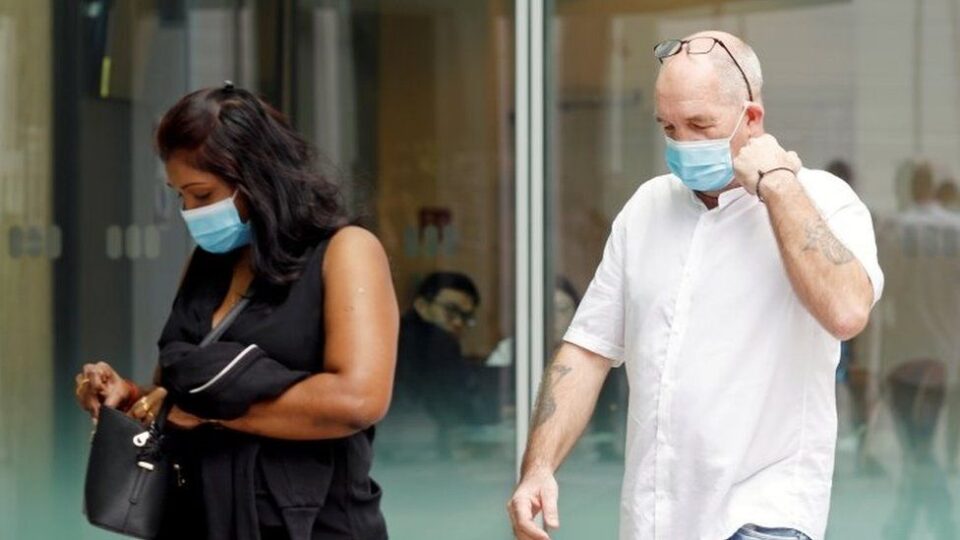 A Briton has pleaded guilty to breaking Singapore’s quarantine rules by leaving his hotel room to visit his fiancée.

Nigel Skea, 52, walked up an emergency staircase to spend the night with Agatha Maghesh Eyamalai, 39, in September. The couple are now married.

Eyamalai admitted aiding him. Breaking the rules could bring six months in jail, but the prosecutor has sought a lesser period and fines.

Singapore requires people to spend 14 days in a hotel upon arrival.

In a district court on Monday, Skea pleaded guilty to one charge of contravening a control order and one of failing to wear a face mask.

Eyamalai admitted a single charge of conspiring to contravene a control order.

Eyamalai had booked a room in the Ritz Carlton Millenia Singapore Hotel, where he was quarantined.

All eyes turn to punishment for rule breakers

Nigel Skea and his now wife were both dressed casually for their court appearance, but as the facts of the case were read out, anxiety became visible on their faces – even behind their face masks.

“Guilty,” they both said meekly, when asked for their pleas.

The prosecution proposed that Skea be jailed for four weeks and fined S$750 ($567; £408) to act as a “deterrent” to others who might consider doing the same.

The offence was clearly premeditated, the prosecution said, adding that by spending nine hours together the couple had posed a risk to society. The fact that Skea was not wearing a mask when he left his room was mentioned several times.

The couple’s lawyer admitted that both had committed “mischief”, but said that this was due to a “foolish love” for each other, and the result of a long separation. He asked for a fine and a one-week jail term for Skea “to give him a slap on a wrist”.

While Singapore’s hotel quarantine system has been an effective defence against Covid-19, the government has also been clear that it will deal firmly with anyone found breaking the rules. The way the courts deal with these kinds of offences will be watched very closely indeed.

The court heard that Skea walked up 13 flights of stairs to spend the night with his fiancée, who opened an emergency exit door for him. They spent nine hours together.

Skea, from Southampton, had also been caught “loitering in the corridor” twice, according to the charges.

Sentencing is expected to take place next week.

“This is a classic tale of two lovers wanting to be together and trying to be as close as possible to each other, but breaching the law,” the couple’s lawyer S.S. Dhillon told the court.

Singapore has been been one of the most successful countries in tackling the pandemic. Despite a big outbreak among its foreign workers early on, local infection rates have for months been low.

Last June, a group of British men living in Singapore were banned from working there again after breaking lockdown to go on a “bar crawl”. 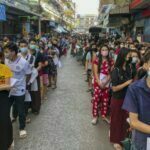 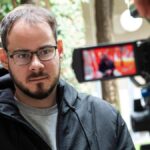 Rapper Pablo Hasel locks himself in university to avoid jail