Home » Cause of British tourist’s death in Thailand ‘remains unknown’

A British tourist died after getting lost in woodland near a beach bar in Thailand, an inquest has heard.

48-year-old Martin Wood was last seen alive on CCTV leaving his hotel on the evening of December 30th, 2017.

He was reported missing on New Year’s Day but his body was not found until January 17th.

The married father of two was reported to be a heavy drinker suffering from stress and anxiety. He flew to Thailand to spend Christmas with his father.

His wife Jenny stayed at home with the children and said her husband “enjoyed a pint” but had sought help for his drinking and was prescribed Valium for his anxiety.

The inquest in Exeter (Thursday 29 August) heard Martin’s sister Tracey had also flown to Thailand and hired a private detective to search for him.

His badly decomposed body was found in the woods behind the beach bar he went to, around two miles from his hotel.

His wife identified one of his shoes found next to his body.

Royal Thai Police investigated his death and said his money and personal belongings were still with him.

A post-mortem back in the UK could not ascertain the cause of his death.

The British pathologist Dr Amanda Jeffery said his heavy use of alcohol and his medication may have led to an unexplained medical event but she was unable to confirm that because of the state of his body and a lack of organs.

His widow Jenny said: “I do not believe for one minute that he would do anything to himself.”

The senior coroner for Greater Devon Mr Philip Spinney recorded an open conclusion at the inquest at Exeter’s County Hall.

THE THAI POLICE INVESTIGATION CONCLUDED THAT THERE WAS NO EVIDENCE OF FOUL PLAY. I EXPECT THAT DAY HE WENT OUT AND GOT LOST IN THE WOODLAND. HE COULD NOT GET OUT AND DIED IN THE WOODS.

THE EVIDENCE DOES NOT FULLY EXPLAIN HOW MARTIN CAME BY HIS DEATH. IT DOES NOT POINT TO

THIRD PARTY INVOLVEMENT OR THAT HE TOOK HIS OWN LIFE. 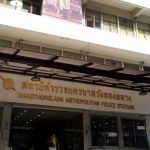