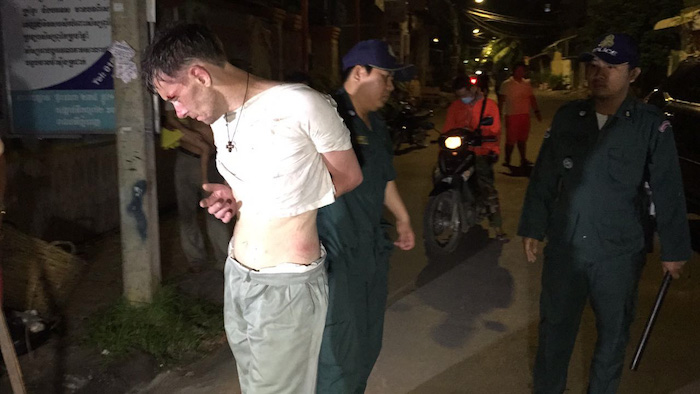 A crazed British tourist is arrested after a naked rampage while allegedly attacking people with a baton.

Officers arrived and gave Jon a set of clothes from nearby residents.They handcuffed the holidaymaker who had gone on a downward spiral after an argument with his girlfriend Georgia Grant who had been travelling with him.

Jon was detained at a police station in the Tuol Kork district of the city while police investigate the incident which happened at 9.40pm.

Jon’s son, Dennie, 18, who saw the video online and was trying to get in touch with his dad, said he was ”worried sick”.

He said: ”My dad was travelling with his girlfriend but they had an argument then he went off alone. He’s been on a downward spiral since that.

”The police found him naked in the street but he had already been robbed twice and lost his phone, money and passport. I think the third time he was robbed and somebody stole his clothes. It’s not like him to just strip naked.

”He’s had his problems in the past but I don’t know what happened here. There could have been anything to make him behave like that.

”Cambodia’s totally lawless. Right now we’re just worried sick and we can’t get in touch with him. We’ve contacted the foreign office and the embassy but they haven’t been able to help.

”The most we know is that he has been arrested and detained for his own safety. We just want him home and safe.”

Dennie said that Jon arrived in the country last Saturday and had planned to travel to neighbouring Thailand.

But it is not known if he will return home or when he will be released by the police.

A report from police in Cambodia said the British man was ”suspected of being under the influence of drugs” and found naked in the street. 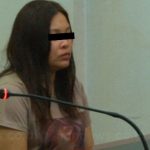