After years of angry arguments that toppled two governments, Britain’s parliament is set to finally approve the terms of Brexit, clearing the divided country’s exit from the European Union on January 31.

The House of Commons will on Thursday rush through a final day of hearings and ratify Prime Minister Boris Johnson’s divorce deal with Brussels, drawing a line under an extraordinary period of political chaos.

For much of the time since the 2016 Brexit referendum, lawmakers have been deadlocked over how, when and even if Britain should leave its closest trading partners after nearly 50 years.

Some viewed Brexit with horror, fearing that it stripped them of their European identities and turned Britain into an insular, slightly smaller, and somewhat less important nation.

Others embraced it with fervour, viewing it as a chance to “take back control” from unelected officials in Brussels and see Britain regain some of its past might. 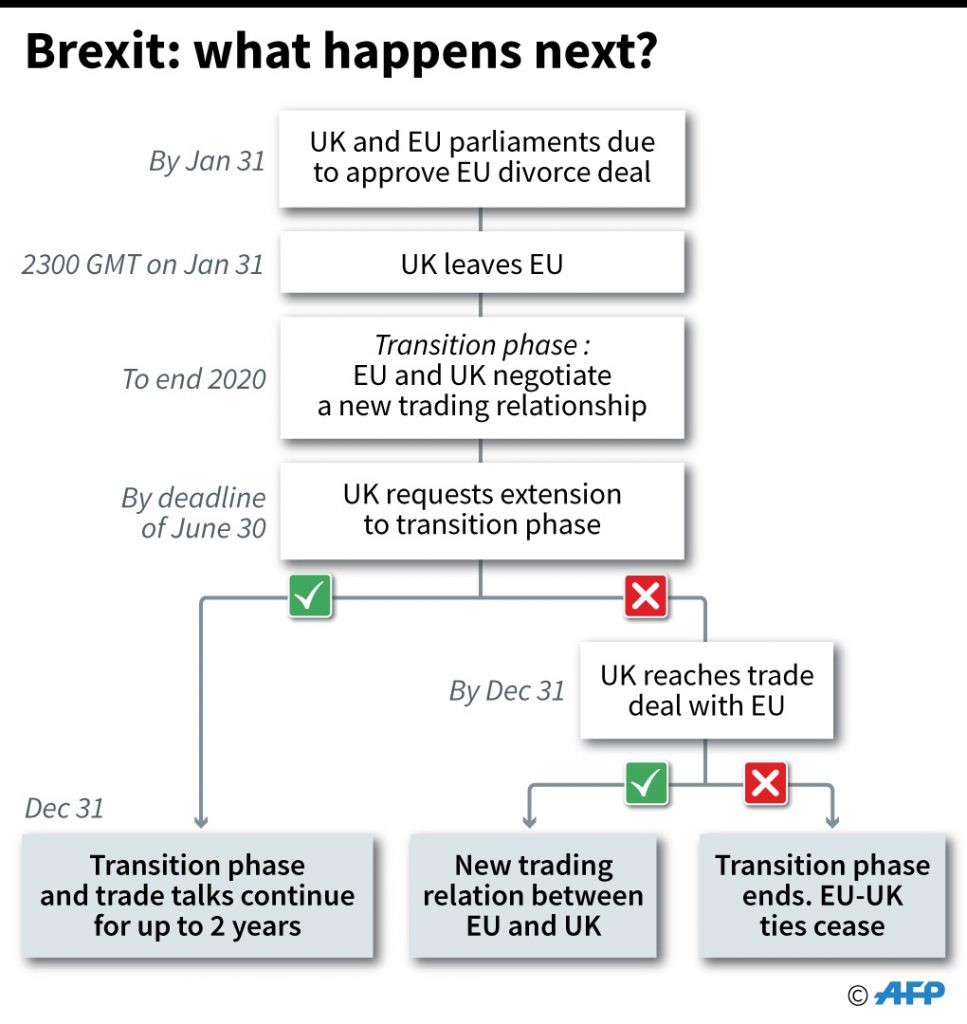 Businesses and governments in Europe, puzzled with Britain’s struggles over what they viewed as a self-inflicted wound, hoped that Brexit could still somehow be undone.

But Johnson’s comprehensive victory in last month’s general election brought an abrupt end to the turmoil, giving his Conservatives a parliamentary majority with which to push Brexit through.

MPs gave their initial blessing to the EU Withdrawal Agreement Bill before Christmas, and the government set aside just three days this week for detailed scrutiny of the complex text.

– Turning to trade –
But few MPs even bothered to turn up on Tuesday and Wednesday, with both sessions ending early, while the government easily saw off opposition attempts to amend the text.

The momentous day on which Johnson effectively gets his divorce deal to leave the EU sanctioned was all but ignored in Thursday’s media.

Instead, it became a footnote to Prince Harry and Meghan’s decision to quit royal front-line duties. 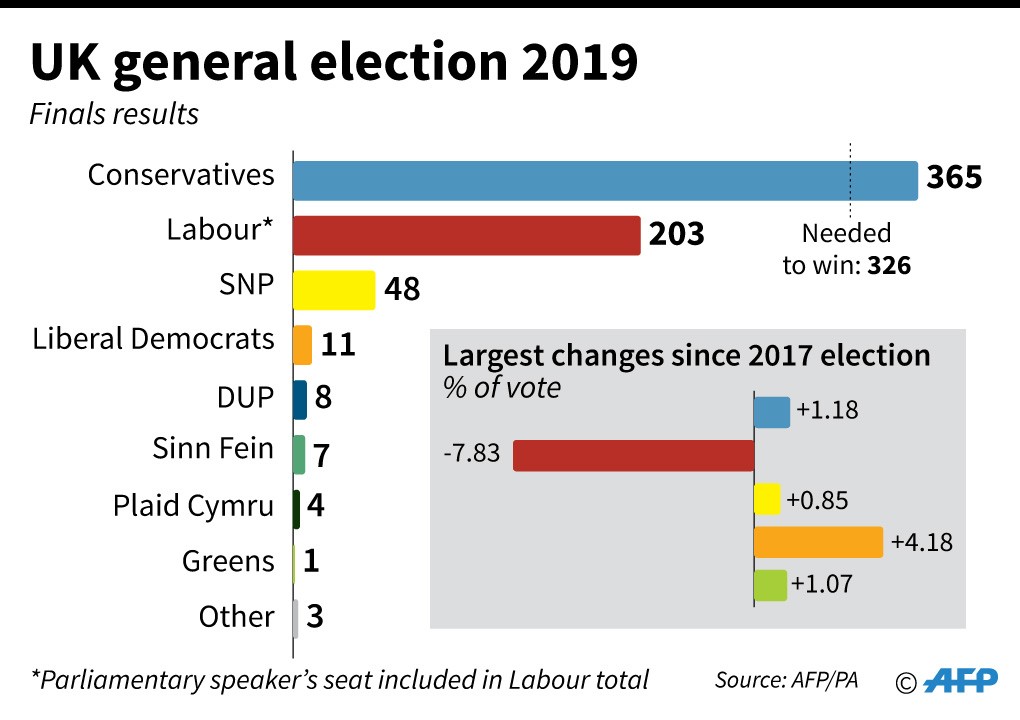 In a striking contrast to much of last year, when every Brexit vote risked bringing down the previous government and eventually did, Commons approval on Thursday is now a done deal.

The Brexit bill must still be passed by the unelected House of Lords and the European Parliament, but this is expected before January 31.

All eyes are now on another major challenge: the negotiation of a new relationship between Britain and the remaining 27 EU nations, which form the world’s largest single market.

The Brexit deal covers separation issues such as EU citizens’ rights and Britain’s financial settlement, and sets out an 11-month transition period in which to agree a wider partnership.

Brussels warns the current deadline of December 31 is extremely tight, and has given London the option to ask for more time.

But Johnson insists there will be no extension of the transition period, saying that Britain must be free of EU rules as soon as possible. 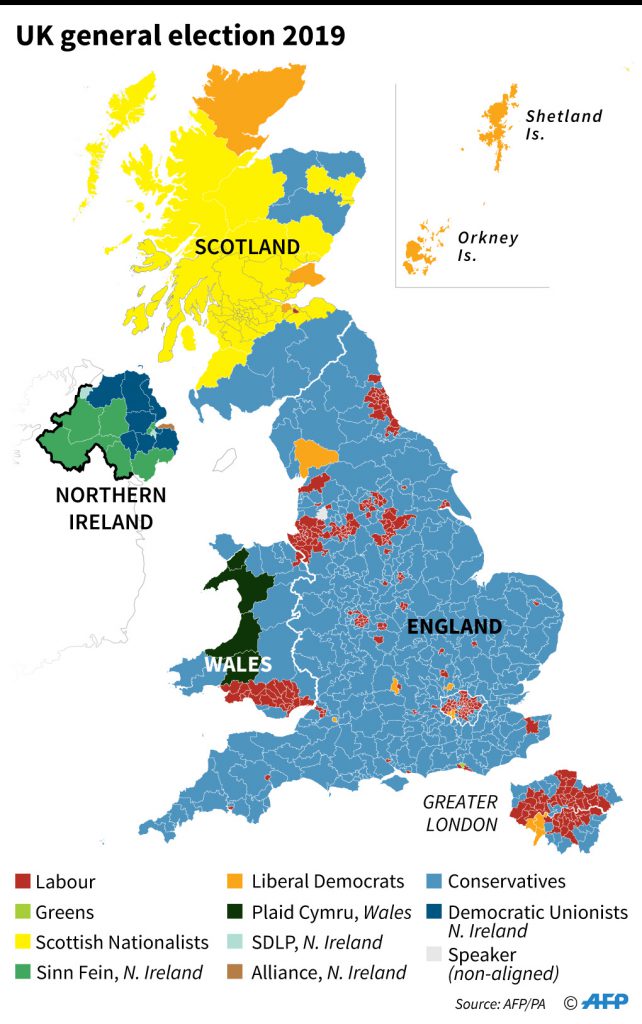 Ahead of talks with Johnson on Wednesday, European Commission President Ursula von der Leyen said it would be “basically impossible” to agree everything within London’s timeframe.

“We will have to prioritise,” she said in a speech to the London School of Economics university, warning of “tough talks ahead”.

In response, Johnson’s office indicated that it could accept a partial trade deal.

London did not want the EU’s long-standing policy that “nothing is agreed until everything is agreed” — intended to stop one side cherry-picking bits of a deal they like — to define the coming negotiations, a spokesman said.

“We are very clear we want to get on in terms of negotiating a deal,” he said.

But before they do, Britain must still decide the outstanding issue of Big Ben.

The great bell on parliament’s Elizabeth Tower has been mostly silent since restoration work on it began in 2017.

Brexit backing MPs want Big Ben to bong the moment Brexit strikes at 2300 GMT on October 31, celebrating what Conservative Mark Francois described as the moment “we are again a free country”.

Parliament has shied away from a formal debate on the bell, there is no law preventing it from being chimed. 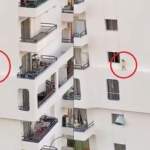 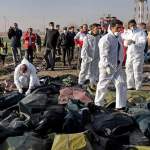