This British expat in Pattaya was amazed when he found a snake and gecko in his garden in a ‘Mexican standoff’ – and couldn’t resist helping the lizard.

Danny Batchelor, 54, was going out on November 9 when he saw the two reptiles in a ‘Mexican standoff’ wrapped around a post next to his house.

The golden tree snake had bitten the blue and orange tokay gecko as it tried to suffocate it, but the lizard also had a hold.

It’s not clear which reptile would have eventually come out on top – there have been cases of lizards escaping the venomous serpents.

But Danny, originally from Cowes in the Isle of Wight, didn’t hide the fact that he wented to help the gecko. He arrived and filmed himself prodding the venomous snake – while his wife urged him to stop.

He says in the footage: ”I’m just going out and look what I’ve just seen. The snake’s got the gecko and I don’t think I can do much to help it, and I love these geckos.”

Danny’s worried wife Nim arrives and says: ”He will bite you. No, don’t touch.”

Nim reptiles: ”You don’t know about Thai snake, some snakes can kill you. ”

‘’The snake has let go, but the gecko hasn’t. This is amazing. I’ve seen them on Facebook but a drama in my own garden.

”I think the snake’s probably in more trouble, I think he’s bitten off more than he can chew. I’m not sure what to do here.

”The snake’s trying to let go. Let him go gecko, come on. We’ve got the snake’s tail but the gecko is not letting go so you can’t blame the snake for curling round him. This is a ‘Mexican stand-off’.

”These geckos have a hard bite and that snake initially looking like he was the aggressor, now I reckon it’s the other way round.’’

Both creatures eventually and scampered away to safety. 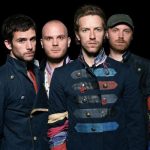