She said Mr Rowlands had made several attempts to end his life in recent years and was getting help.

The mobile phone technician, who also helped raise Miss King’s daughter Eden and had four other children in Exeter, did not buy travel insurance despite being urged to.

It has left his family struggling to raise several thousand pounds needed to fly him home and bury him. 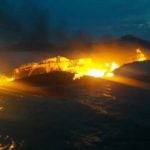 Truth about Thai prostitutes, TEN things you should know