A British businessman has drowned while on holiday with his son in Thailand.

The 52-year-old, who has been named locally as Chau Wan, died after being caught in a rip current on Wednesday.

His 25-year-old son James was dragged from the water by a local beach-goer who also tried in vain to save his father.

Mr Wan’s wife Mandy has flown out to the territory to be with her son and make the arrangements to bring the body of her husband home.

The father of two grown-up children, Mr Wan owned a number of Chinese restaurants in Portadown, including the Golden Bridge, before selling them.

Thai newspaper The Phuket News described Mr Wan as a “British national from Hong Kong” and said he and his son had arrived on the island of Phuket on Sunday.

The pair were at Surin Beach on the west coast when the tragedy unfolded.

The paper said the father and son had only been in the water for about five minutes when someone noticed they were “caught in a rip and being dragged away from shore”.

Captain Warawut Sensob of the Cherng Talay Police said local man Amnad Chuasaman raised the alarm and went into the water to help them.

He reached James Wan first and brought him ashore before going back into the surf, but by the time he reached Mr Wan he was “already unconscious, face down in the water”.

Attempts to revive Mr Wan on the beach failed, the police chief said. His son was taken to Thalang Hospital.

It is understood Mr Wan had gone to Thailand to meet up with his son, who was working in Dubai.

Tributes have been paid to the businessman who has been described as “a real gentleman” and a “lovely, lovely man”.

Prayers were said for Mrs Wan and the family on Wednesday night in Bethany Free Presbyterian in Portadown.

Mr Wan was a regular attender at the church where his wife helps out with a young people’s group.

She said: “I knew Chau personally and he was a genuinely lovely man. He was a quiet person but you could have held a really good conversation with him.

“Everybody knew him and Mandy when they ran the Golden Bridge and they would have known all their customers coming in.

“I am completely devastated for Mandy and the children.”

The couple, who lived in the Ballyhannon area of the town, also have a daughter, Jessica. 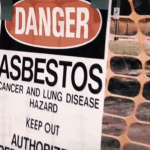 Asbestos Found in Lungs of Half the Thailand Population 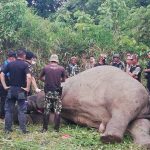 Wild elephant SHOT DEAD for his tusks in Thailand