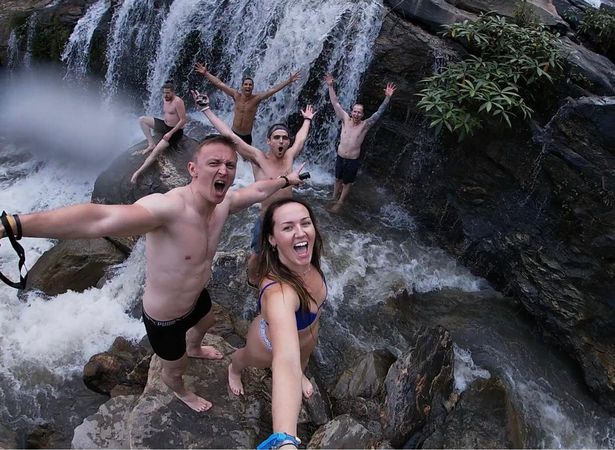 A British backpacker who broke her neck jumping into a pool in Thailand describes her recovery.

Sophie Wilson, who broke her neck in Thailand and is facing a long battle to walk again, is raising funds for a charity dedicated to helping people who have suffered life-altering and catastrophic sporting injuries.

Sophie was just six days into a planned six-month trip around Asia when she broke her neck, diving into shallow water at a pool bar.

The 24-year-old suffered a severe spinal fracture and a compressed spinal cord, leaving her unable to move anything from the collarbone down.

Her parents, John and Jane, who are self-employed gardeners, flew out to Thailand following the incident.

Her family launched a go fund me page to get her home when her insurer refused to pay out after the accident on December 1.

The worldwide appeal reached more than £60,000 in five days.

Sophie has since spent a further seven months recovering in hospital and in a rehabilitation facility.

“Luckily, I have made an incredible recovery,” she said, “I can use both my arms, both my hands, and even have some movement in my legs.

“I have been left wheelchair-bound for the foreseeable future, but I still work hard every day to try and continue progressing.”

She and her family now want to give back, especially to the Matt Hampson Foundation, which is funding her ongoing rehabilitation at its £1million Get Busy Living! Centre in Burrough on the Hill, near Melton.

On Sunday (Dec 1), a year since her accident, she, boyfriend, Lewis Barrett and dad, John, will take part in the Loughborough Santa 5k run to raise some money for the Matt Hampson Foundation.

She added: “My father is then continuing to wear his Santa suit for his working days through December 2nd-20th.

“He is a gardener and works in and around Loughborough, Leicestershire and Nottinghamshire.

“We have created a donation page and named it GetBusySanta.”

To donate to the family’s campaign, go to this website. 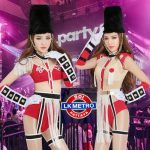 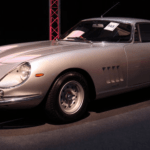 Thailand will DESTROY your imported cars from NEXT WEEKEND