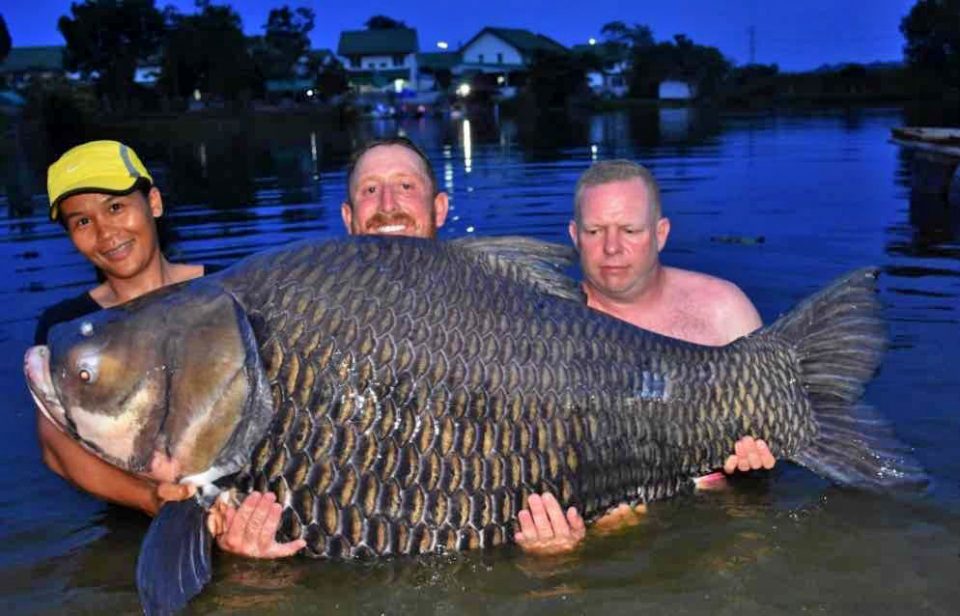 It beat the old record by 10lbs — so John, 42, celebrated by buying beers for all the other anglers at the Palm Tree Lagoon at Chedi Hak, southern Thailand.

The fish tipped the scales at 16.5 stones – heavier than a Mini car.

The property investor, from Westleigh, Devon, said: “It wasn’t fighting too hard, it was the weight that was the real challenge. And it was nerve-racking because I didn’t want to make a mistake.

“After 80 minutes I finally brought it to the bank, and I couldn’t believe my eyes.

“It was absolutely enormous, the pictures do not do it justice at all.

“When I finally brought it to the bank I couldn’t believe my eyes.”

John — who has lived in Pattaya, Thailand, for 14 years — added: “Being a world record holder is the only claim to fame I’ll ever have. I’ve been showing everyone the pictures of the fish since I caught it.

“I’m just a casual angler so really I felt sorry for some of the other anglers, who spend much more money and don’t catch fish anywhere near that size.”

Siamese carp are the biggest species of carp in the world and they are found naturally in river basins in Asia.