Ariya Jutanugarn produced a magnificent display of pressure putting to win the weather-shortened LPGA Kingsmill Championship in a playoff on Sunday.

The 22-year-old Thai star rolled in a 20-foot birdie putt on the second playoff hole at the Kingsmill Course in Williamsburg, Virginia, to pip Japanese teen Nasa Hataoka for the title.

“I didn’t feel that much pressure because I did a great job today,” Ariya said. “So whether I’m going to win or lose, I’m very proud of that.”

On the opening sudden death hole, also Kingsmill’s 18th, Ariya had drained a similar-length birdie putt to stay in the hunt, knowing that a mistake would leave Hataoka with a six-foot putt for the title.

South Korea’s Chun In-gee was eliminated in the first hole of the playoff after she could only par.

The tournament had been reduced to 54 holes after severe disruption from weather over the opening three days of the event.

Ariya, who had finished the second round two shots off the lead, produced a blistering final round 66 to earn a spot in the playoff.

The Thai star launched her charge with four birdies over the front nine.

Two more birdies on the 10th and 11th holes put her two clear with seven to play but a bogey on the par-five 15th left her clinging to a one-shot lead at 14 under.

Hataoka, 19, forced her way into the playoff after a bogey-free four-under par 67 in her final round, notching a birdie on the 15th to move to 14 under and into a tie with Ariya.

Chun meanwhile ensured she would have a chance of playing for the title after a birdie on the penultimate hole of her final round for a three-under-68.

All three women headed to the par-four 18th for the opening hole of the playoff, and Hataoka appeared to have seized the initiative with a brilliant second shot to six feet.

But Ariya’s long-range birdie left the Japanese needing to roll in her effort to take it back to the 18th tee, which she duly did. Chun was ousted after missing her birdie putt.

Ariya fired her second shot to almost the same area of the 18th green, while Hataoka was left with an awkward putt from the fringe.

The teenager’s putt rolled past by six feet and Ariya then took full advantage of the opening to stroke home her winning birdie. 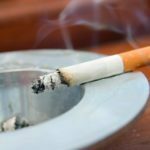