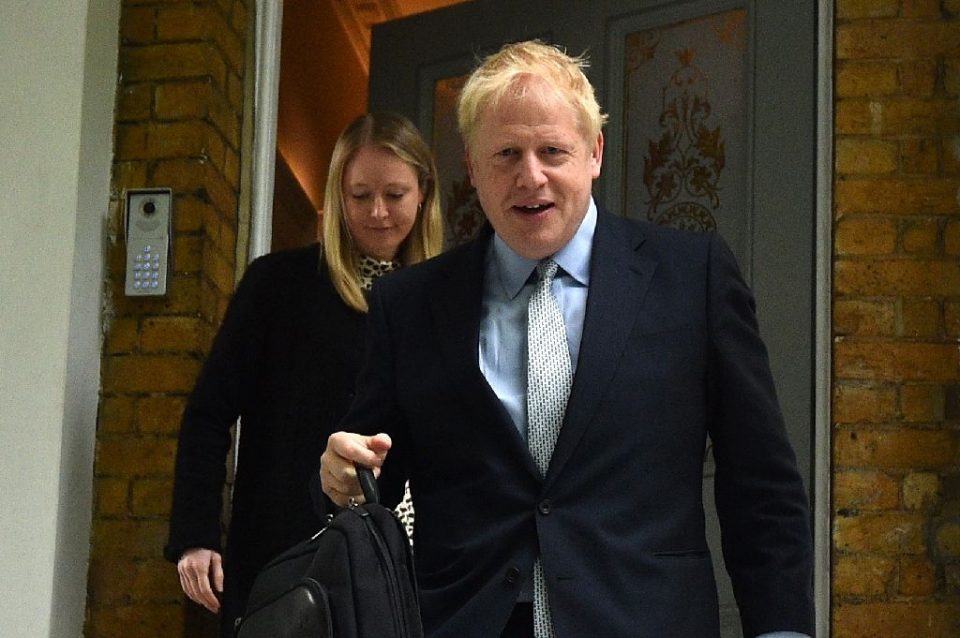 Brexit Boris heads to No 10 after LANDSLIDE first-round win

BORIS Johnson is on course for No10 after a landslide win in the Tory leadership election which all but guarantees he’ll make it to the top two.

The Brexiteer big beast won more than twice as many votes as nearest rival Jeremy Hunt – with Michael Gove and Dominic Raab trailing behind.

Andrea Leadsom, Esther McVey and Mark Harper were all knocked out after failing to reach the required threshold of 17 votes to proceed further.

Sajid Javid, Matt Hancock and Rory Stewart scraped over the line – but now face a tough fight to keep themselves in the race.

The huge victory for Boris in the secret ballot cements his frontrunner status and will give him huge momentum for the second round next week.

He is now heavy favourite to become the next Prime Minister – Ladbrokes put his odds at 1/5 with Mr Hunt on 7/1 and Mr Stewart at 16/1.

Boris Johnson said: “Thank you to my friends and colleagues in the Conservative & Unionist Party for your support. I am delighted to win the first ballot, but we have a long way to go.”

He took 114 votes – more than a third of the total – meaning he is almost certain to be one of the two candidates on the shortlist which party members will vote on next month.

Ms McVey came in last with the backing of just nine MPs while Mr Harper picked up ten and Ms Leadsom – the runner-up to Theresa May in 2016 – got 11.

The seven candidates who passed the threshold of winning at least 17 votes – 5 per cent of the party – now go through to a second ballot next Tuesday.

To make it beyond the second round contenders will need the backing of at least 33 MPs – putting pressure on the less popular candidates who scraped through the first ballot to drop out rather than prolong the fight.

But Matt Hancock vowed to stay in the race, saying it was “terrific to have more votes than I could have hoped for”.

A source close to him said it was a “really good result”, adding: “MPs have responded well to Matt’s energetic and positive campaign.”

Rory Stewart, who hung on by just three votes, claimed: “We’re getting some real momentum. It’s increasingly clear it’s me against Boris.”

His backer David Gauke told The Sun: “Rory can make the final two.”

A source close to Sajid Javid insisted he would pick up extra support in coming days as “a fresh face with fresh ideas to take on Boris”.

Today the PM travelled to the Commons to cast her vote – but asked who she was supporting, she hit back: “That’s none of your business.”

Boris Johnson won the last-minute endorsement of veteran Brexiteer John Redwood, who said: “I’ve chosen to vote for Boris Johnson because he has said the withdrawal agreement is dead.”

Longshot candidates Mrs Leadsom, Ms McVey and Mr Stewart posed for a selfie together in the Palace of Westminster corridor where voting was taking place.

Ms McVey said after her defeat: “I am pleased to have had a platform to make the case for Blue Collar Conservatism, a clean break from the EU and the need to invest money into our schools, policing and a proper pay rise for our public sector workers.”

Jeremy Hunt vowed to push on and challenge BoJo for the top job, saying: “The stakes have rarely been higher for our country. This serious moment calls for a serious leader.”

His backer Amber Rudd added: “I am confident he will go ahead and gain more support as more people pull out.”

She said she hoped MPs would look at who would be best PM “for the country” and who can get Britain out of the EU “as soon as possible”, adding: “It was clear to me that Jeremy Hunt is the best person to do that.”

What happens next in Tory leadership election?

EVERY one of the 313 Tory MPs cast a vote in today’s secret ballot, the first step in choosing a new party leader and Prime Minister.

They used specially printed ballot papers in a wood-panelled Commons committee room, before bosses of the powerful 1922 Committee tallied up the votes and announced them to MPs.

Three of the ten candidates were expelled from the race after failing to pass the threshold of 17 votes – 5 per cent of the party.

The other seven will go through to the second ballot which opens at 3pm on Tuesday and closes two hours later.

In that round they need to get at least 33 votes to stay in the contest – meaning Dominic Raab, Sajid Javid, Matt Hancock and Rory Stewart will lose unless they pick up extra support over the weekend.

In the unlikely event all remaining candidates pass that figure, the contender with the fewest votes drops out.

If a third ballot is required it will take place on Wednesday, with any further ballots needed coming in quick succession on Thursday.

The rounds will continue until there are just two candidates left – almost certain to be Boris Johnson and one other.

The final decision then passes to Tory activists who will vote by post to elect the new party leader and Prime Minister. – 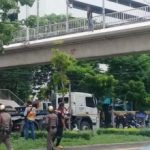 Drama as Thai woman threatens suicide from a 20ft bridge