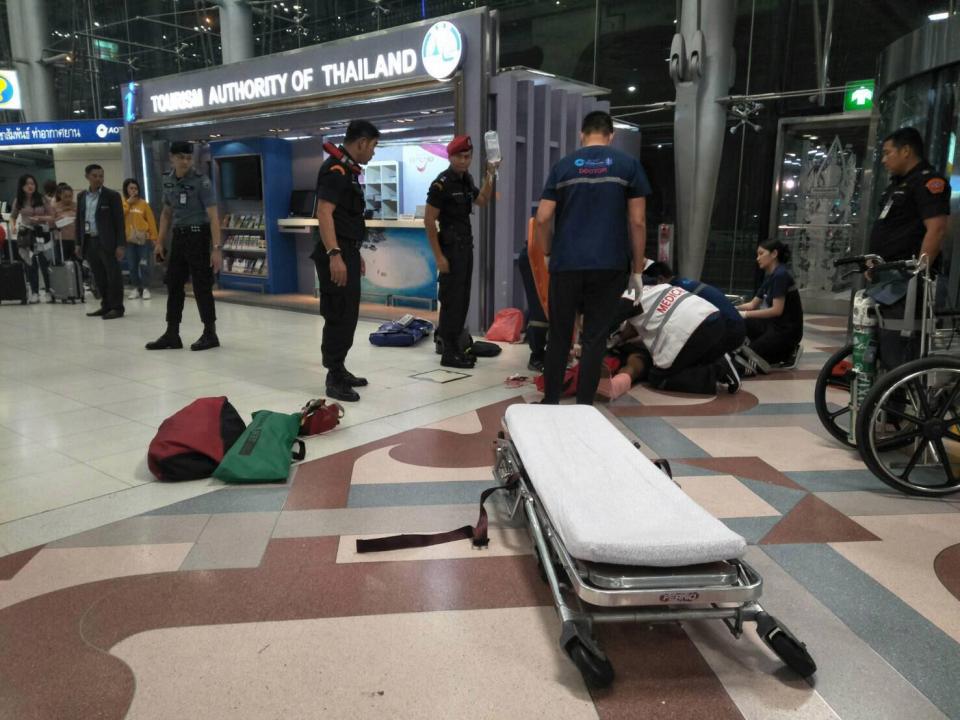 Brazilian DJ Ricardo: A BRAZILIAN DJ is fighting for his life after falling from a third-floor balcony inside a Bangkok airport today.

Ricardo Vilela E Silva had been due to catch a flight at when he plunged to the ground wearing “only his swimming trunks” at 3am.

Staff at Suvarnabhumi Airport rushed over to the injured 31-year-old, who was given first aid at the scene.

Photographs show the DJ in a pair of black bathers, but it’s not known whether he was wearing additional clothes when he fell.

Medics rushed Vilela, originally from Sao Jose, to the nearby Samitivej Hospital where he remains in a critical condition.

Officials are now investigating what caused the successful DJ – who had been booked to perform at a number of venues in Thailand in the coming months – to fall off the balcony.

Airport boss Kittipong Kittikachornm said: ”We do not know what the motive was for this incident today.

“My staff are checking CCTV to investigate what happened.

”Rescue staff attended to the man, who had a broken leg and broken ankle.

”At the moment, the relevant authorities have been coordinating with the Brazilian Embassy in Thailand for more information.”

Officials said that Ricardo had arrived in Thailand on September 13 on a flight from Jakarta, Indonesia, where he had also been working as a DJ.

He was due to leave the country on December 7 on the same return flight with Ethiopian Airlines for Jakarta, Indonesia.

It’s not the first time someone has plunged from a balcony at the airport.

He was also rushed to hospital, where he later died.