Home » Boy attacked by dogs thanks King, PM after release from hospital 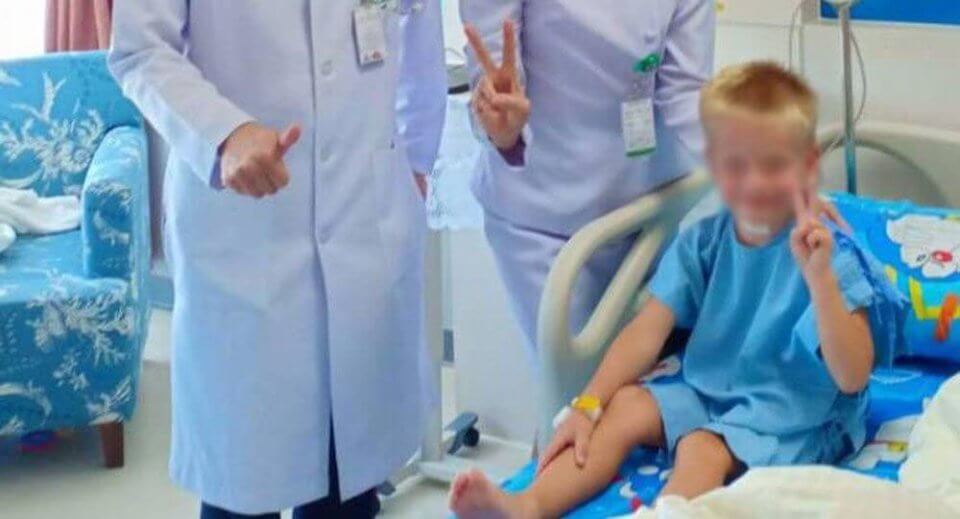 A five-year-old Finnish boy savagely attacked by stray dogs at Ao Nong Beach in Krabi last week, has been released from hospital.

The case attracted widespread concern and prompted a visit by Prime Minister Prayut Chan-o-cha, while His Majesty the King sent the boy a vase of flowers and gifts at the weekend.

The boy was discharged on Monday and is due to return for a follow-up with his family on Wednesday after which they will fly home, taking with them gifts that have been showered on him by locals and officials.

The boy’s father says he is delighted by the response in Thailand and the care his son and family have received since the incident, and is especially grateful to His Majesty the King and the PM. 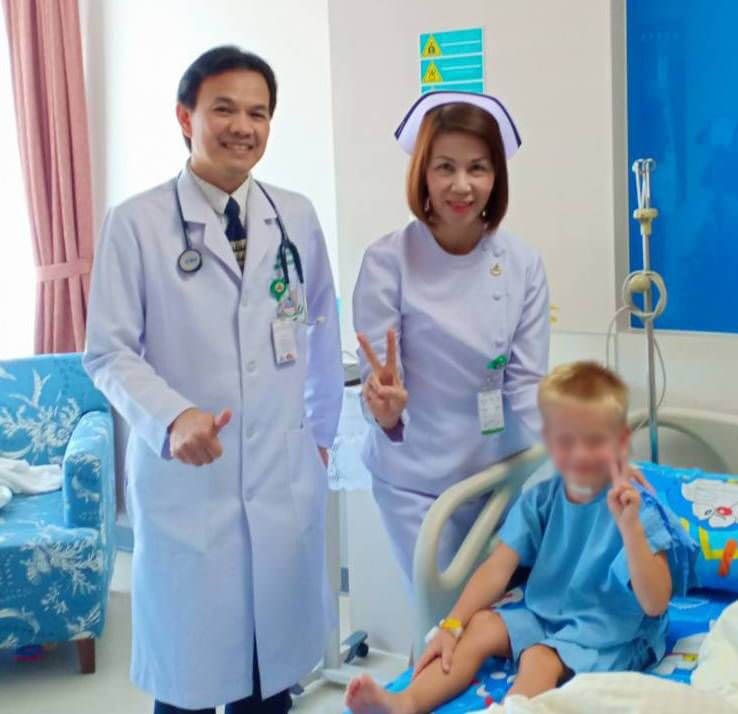 A spokesman for the Krabi Provincial Livestock office said: “The 13 strays have been caught at Ao Nang Beach. One has been kept and tested for rabies. We are trying to find homes for all of them.”

Unlucky grandfather, 90, accidentally eats a quart of PAINT after mistaking it for yogurt 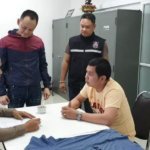