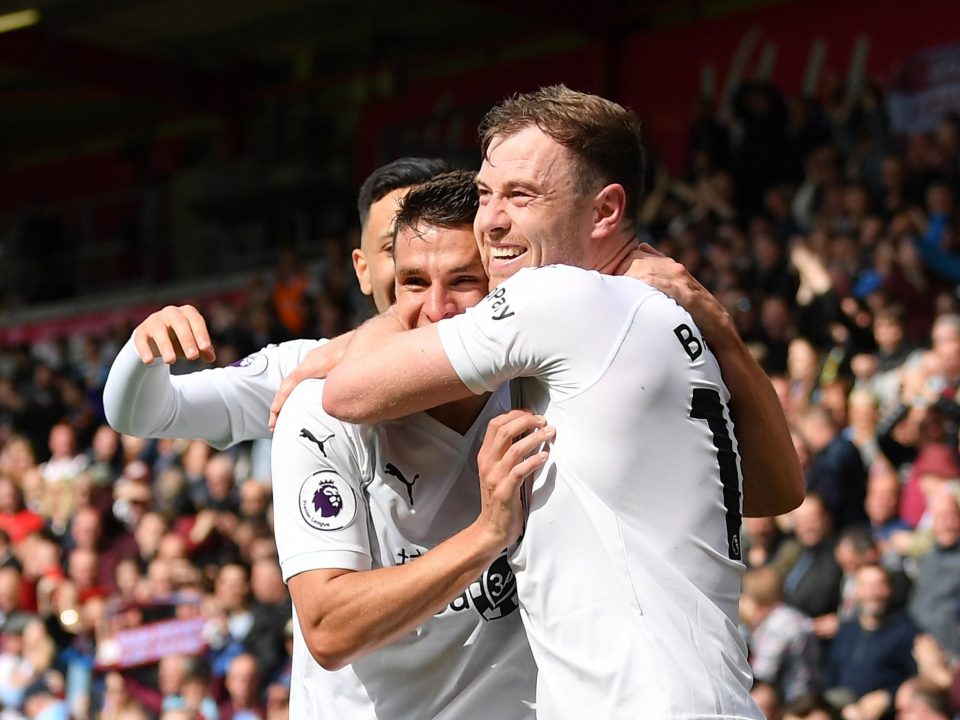 Bournemouth, with one win in eight Premier League games, have now made it one win in nine after failing to remember one of footballs basic rules. The one all school kids learn when they first start kicking a football around with a referee in charge. The rule that says you play to the whistle!

With the game evenly poised Burnley left-back, Charlie Taylor began a rampage down Bournemouth’s right and looked as if he might have taken the ball out of play. A tight call but replays proved that not all the ball had crossed the line. As Bournemouth players stopped Taylor continued and flung in a cross to the near post that keeper Asmir Begovic should have easily collected. He didn’t. He spilled the ball.

Chris Wood reacted first and he fed fellow striker Ashley Barnes who buried his shot from eight yards. That made the score 3-1 and Burnley were cruising.

After just four minutes Barnes put Bournemouth in front when he headed in his own goal from six yards. Ryan Fraser sent a free kick in from Bournemouth’s left that Jefferson Lerma headed into the danger area from the edge of the penalty box. Barnes, in an effort to stop the ball reaching Nathan Aké, could only divert it past keeper Tom Heaton.

By half-time, Burnley were 2-1 in front thanks to three basic errors.

One Win In Nine Games!

When Bournemouth crushed Chelsea there were the usual comments about Eddie Howe and when he would take over a top-six club or even from Gareth Southgate! But the reality is that Bournemouth have been poor most of the season apart from a good start that saw them pick up 20 points by the end of October. That took 10 games and put them on target for a 76 point finish. During the next 23 games, they’ve picked up 18 points. Based on a whole season, with that form, they would end up with about 30 points and relegated.

Burnley have beaten Bournemouth 7-1 on aggregate which is a clear sign that Eddie and his team have a lot of hard work to do.

Man of the match: Ashley Barnes