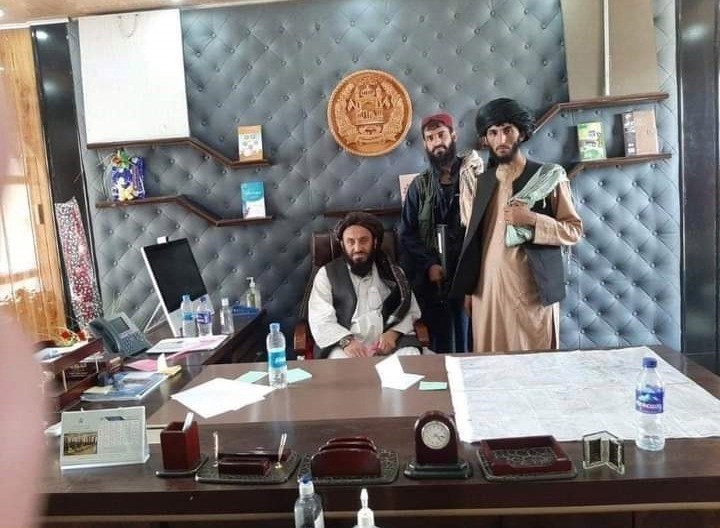 BORIS Johnson has blamed the US for the advancement of the Taliban in Afghanistan, claiming President Biden “accelerated” their control.

The Prime Minister said the “difficult” situation had been exacerbated by the President’s decision to withdraw troops from the war-torn country.

In the wake of the Cobra meeting, Boris said it was “fair to say the US decision to pull out has accelerated things, but this has in many ways been a chronicle of an event foretold.”

He urged the West to come together to stop Afghanistan again becoming a “breeding ground for terrorism” after the Defence Select Committee chairman warned of terrorist attacks on the West “on the scale of 9/11.”

Mr Johnson told Sky News: “I think we’ve known for some time this is the way things were going and as I said before, this is a mission whose military component really ended for the UK in 2014, what we’re dealing with now is the very likely advent of a new regime in Kabul, we don’t know exactly what kind of a regime that will be.”

The PM then made clear that the Government’s priority is to “make sure we deliver on our obligations to UK nationals in Afghanistan, to all those who have helped the British effort… over 20 years and to get them out as fast as we can.”

“I think it is very important that the West should work collectively to get over to that new government – be it by the Taliban or anybody else – that nobody wants Afghanistan once again to be a breeding ground for terror and we don’t think it is in the interests of the people of Afghanistan that it should lapse back into that pre-2001 status,” Johnson continued.

“What the UK will be doing is working with our partners in the UN Security, in Nato, to get that message over.

Defence Select Committee chairman, Tobias Ellwood said: “We assembled the most incredible technologically advanced alliance the world has ever seen and we’re being defeated by an insurgency that’s armed simply with AK-47s and RPGs.”

The former soldier also branded President Biden’s decision as “rash” and said it “will be the biggest own goal made by the West so far this century.”

Afghan President Ashraf Ghani today fled the country after the Taliban stormed the capital Kabul and seized his palace.

Militants demanded a “peaceful transfer of power” while thousands rushed to escape the increasingly concerning situation.

The fanatics have released 5,000 prisoners and taken control of the air base as the government dramatically collapsed this afternoon.

It comes hours after the Taliban took control of Jalalabad and means they now have seized every city in the war-torn country.

The speed of their victory has shaken the world and came just weeks after troops from the US, UK and other Nato countries left Afghanistan.

A few days ago United States officials predicted it would take 30 days for the Taliban to reach Kabul – and 90 to take the city – but they have swept all before them in a terrifying rampage.

Twenty years after they were ejected by the US and its allies in the wake of 9/11 they stand on the brink of being back in power.

Ghani left Kabul for Tajikistan only 24 hours after he addressed the nation and said he hoped to fight on – but the speed of the Taliban advance left him no option but to flee.

They had demanded his removal as part of talks to ensure a peaceful transition of power when they reached Kabul to avoid an all out assault on the capital.

In scenes that echoed the fall of Saigon at the end of the Vietnam War, helicopters were seen ferrying US embassy staff to safety at a secure area near the airport.

The US Ambassador left in the early evening with the American flag to a new site at the airport.

We have politically chosen to be defeated by the Taliban and we have to accept that.Tom Tugendhat

Britain’s ambassador Sir Laurie Bristow remains in Kabul as him and remaining diplomatic staff prepare to be evacuated.

Paras from the 16 Air Assault Brigade have begun deploying to evacuate Brits from the city as well as about 2000 Afghan nationals who worked with British forces.

Kabul airport is to remain open for foreigners to leave, the Taliban said, and flights were continuing to operate.

Terrified residents have already begun fleeing in their cars leading to traffic jams, with a huge number of people now massing at the country’s borders.

The Taliban appeared to offer an amnesty for government forces and said they want a “peaceful transfer of power”.

“No one’s life, property and dignity will be harmed and the lives of the citizens of Kabul will not be at risk,” the Taliban said.

But questions remain about whether the Taliban leadership is able to control troops on the ground and prevent them taking revenge.

When the Taliban last entered Kabul in 1996 after first seizing power, they tortured a former President then dragged him into the streets and hanged him.

Tugendhat told BBC News that Afghans who helped the British now faced reprisals if they fell into the hands of the Taliban.

“This isn’t just about interpreters or guards,” he said.

HUMILIATING DAY FOR THE WEST

“This is about those people who we trained in special forces to serve alongside us, those who helped us to understand the territory through our agencies and our diplomats.

“This is the people who, on our encouragement, set up schools for girls. These people are all at risk now.

“We have politically chosen to be defeated by the Taliban and we have to accept that,” he told Sky News.

“Personally I think it’s shameful. It’s out of keeping with our values and our principles.

“I never thought I’d see the day either as a serviceman or as a member of the Conservative Party where we would essentially surrender to the Taliban and leave these people to their fate.”

Mercer also questioned why the UK has followed the US lead in leaving the country.

“We don’t pour 40 billion pounds a year into a defence budget in order to not leave the gates or be able to do anything without the Americans,” he said.

Already people in Afghanistan are adjusting to the Taliban’s extreme interpretation of Islam.

Adverts depicting women’s faces were pictured being painted over and others were reportedly being torn down.

Chillingly a spokesman said barbaric punishments such as stonings, amputations and executions are “up to courts”.

Whitehall insiders revealed a plan was being drawn up to operate a 770-mile military “shuttle” service to reach the haven of Dubai if commercial airlines become unviable.

The deployment of 600 troops, including members of 16 Air Assault Brigade, began at the weekend as part of Operation Pitting, which aims to relocate Brits and Afghans facing Taliban reprisals for helping our forces.

British troops have been warned they could be drawn into face-to-face fighting with the Taliban.

They were briefed about a series of threats ranging from roadside bombs to suicide bombers and drone attacks.

SAS soldiers will link up with interpreters to secure local intelligence and be briefed by special forces colleagues and MI6 agents already based in Kabul.

Commanders want to avoid fighting but the Paras are deploying with grenade launchers and shoulder-fired anti-tank weapons.

They face the challenge of securing the airhead base at Kabul airport and making sure desperate-to-leave Afghans cannot get access to the evacuating aircraft.

But a major concern for the mission — officially termed Non Combatant Evacuation Operation — is the lack of aviation fuel at the airfield, which could hamper the pace of the airlift.

In addition, there were fears that the Taliban will fire on the airport using the latest US 155mm heavy artillery — which was seized from the Afghan army as they advanced across the country.

Radar to track and trace any in-direct Taliban fire such as mortars, rockets and artillery will also be deployed.

But one Whitehall source told The Sunday Times that the airport “will not hold for more than a few days”.

Mazar-e-Sharif, the capital of Balkh province, and the country’s fourth largest city fell on Saturday night. 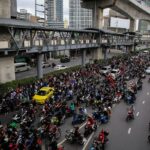 Protesters around Thailand want PM out 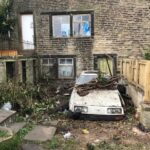