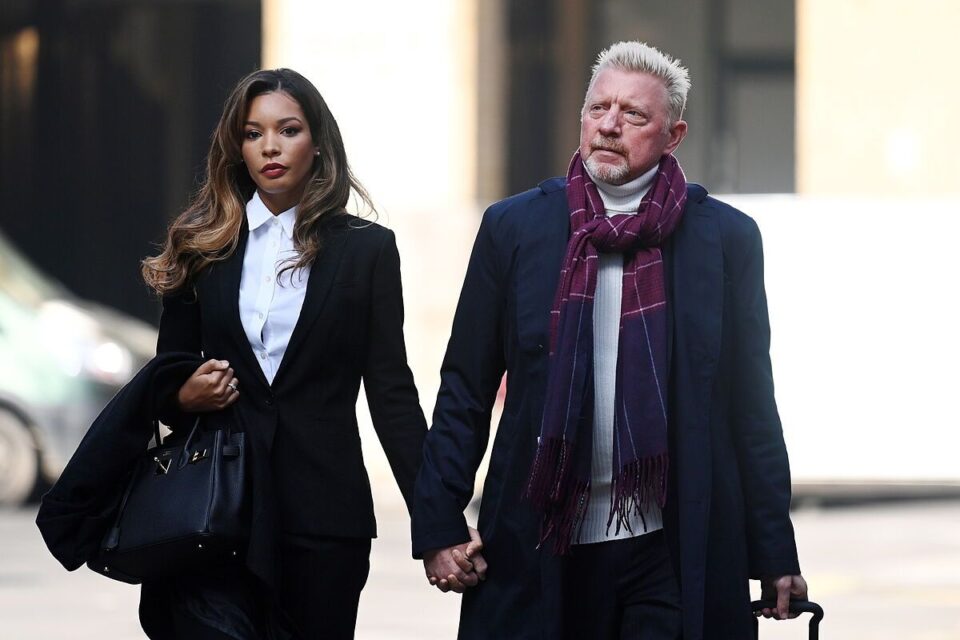 Tennis legend Boris Becker faces up to seven years in jail for hiding assets to avoid paying off debts after he was declared bankrupt.

The three-time Wimbledon champion told a jury his 50 million US dollar (about £38 million) career earnings were swallowed up by an expensive divorce from his first wife Barbara Becker, child maintenance payments, and ‘expensive lifestyle commitments’.

He said he was ‘shocked’ and ’embarrassed’ when he was declared bankrupt on June 21 2017 over an unpaid loan of more than £3 million on his estate in Mallorca.

The German, who has lived in the UK since 2012, said he had co-operated with trustees tasked with securing his assets, even offering up his wedding ring, and relied on the advisers who managed his life.

But the six-time Grand Slam champion, who was supported in court by his partner Lilian de Carvalho Monteiro and eldest son Noah, was found guilty of four charges under the Insolvency Act by a jury at Southwark Crown Court on Friday.

The charges include removing property, two counts of failing to disclose estate, and concealing debt.

Judge Deborah Taylor released Becker, 54, on conditional bail ahead of sentencing on April 29, when he could face a jail sentence carrying a maximum term of seven years.

The court was told the BBC commentator received 1.13 million euro (about £950,000) from the sale of a Mercedes car dealership he owned in Germany, which was paid into a business account used as his ‘piggy bank’ for personal expenses.

He was found guilty of transferring hundreds of thousands of pounds to other accounts, including those of his ex-wife Barbara and estranged wife Sharlely ‘Lilly’ Becker, the mother of his fourth child.

He was acquitted of a further 20 charges, including nine counts of failing to hand over trophies and medals from his tennis career.

He told jurors he did not know the whereabouts of the memorabilia, including two of his three Wimbledon men’s singles trophies, one of which catapulted him to stardom aged 17 in 1985.

Becker was cleared of failing to declare a second German property, as well as his interest in the £2.5 million Chelsea flat occupied by his daughter Anna Ermakova, who was conceived during Becker’s infamous encounter with waitress Angela Ermakova at London restaurant Nobu in 1999.

Giving evidence, Becker said he earned a ‘vast amount’ during his career, paying cash for a family home in Munich, a property in Miami, Florida, and the estate in Mallorca, which was worth about 50 million euro at the height of the property market.

But Becker, who went on to coach current world number one tennis player Novak Djokovic, work as a commentator and act as a brand ambassador for firms including Puma, said his income ‘reduced dramatically’ following his retirement in 1999.

He said he was involved in an ‘expensive divorce’ from Barbara Becker in 2001 which involved high maintenance payments to their two sons, and had to support Ms Ermakova and her mother in a deal which included the Chelsea flat.

Becker, who was resident in Monte Carlo and Switzerland before moving to the UK, said he had ‘expensive lifestyle commitments’, including his £22,000-a-month rented house in Wimbledon, south-west London.

He also owed the Swiss authorities five million francs (about £4 million) and separately just under one million euro (more than £800,000) in liabilities over a conviction for tax evasion and attempted tax evasion in Germany in 2002.

The court heard Becker’s bankruptcy resulted from a 4.6 million euro (about £3.85 million) loan from private bank Arbuthnot Latham in 2013, and £1.2 million, with a 25% interest rate, borrowed from British businessman John Caudwell, who founded Phones 4u, the following year.

He said bad publicity had damaged ‘brand Becker’, meaning he struggled to make enough money to pay off his debts, while his QC Jonathan Laidlaw said at the time of his bankruptcy Becker was too ‘trusting and reliant’ on his advisers. 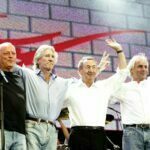 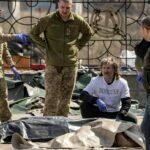 Rockets hits a railway station in the eastern Ukrainian