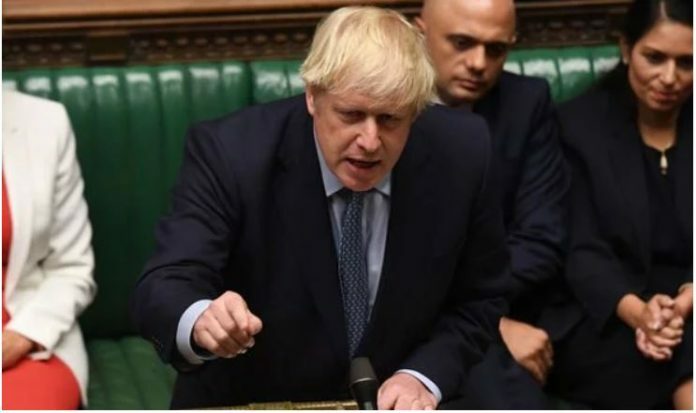 BORIS JOHNSON last night dared Remainer MPs to topple him and force a “day of reckoning” at the ballot box in a defiant bid to break the Brexit gridlock.

In another tempestuous day at Westminster, the Prime Minister challenged opposition parties to table a motion of no-confidence in his Government in order to trigger a general election.

He also launched a furious attack on the “paralysed Parliament” repeatedly blocking his EU divorce plans.

“We will not betray the people who sent us here,” he said, adding: “We will continue to challenge parliament to uphold democracy.”

Aides indicated that Tory MPs could be directed to vote “tactically” in order to ensure that the no-confidence vote passes and a general election is forced.

Labour’s Jeremy Corbyn, the Lib Dems’ Jo Swinson and other opposition party leaders were understood to be ready to reject the offer.

But Downing Street officials said Mr Johnson will regard their refusal as a “mandate” to deliver Brexit on schedule on October 31 by any possible means.

A Number 10 spokesman said: “It’s put up or shut up time.

“If they don’t want a vote of no confidence, the message for the Prime Minister is to get on with what the public want us to do, which is deliver Brexit. If they don’t take this offer up, the Government should be allowed to get on with delivering Brexit.”

Sources said the Prime Minister would obey the law but would ensure the UK leaves the EU on schedule on October 31.

In an impassioned Commons statement, the Prime Minister said MPs were “thumbing their noses” at voters, sabotaging the Brussels negotiations and dodging a general election out of “sheer political selfishness and political cowardice”.

Angry opposition accused him of using “divisive” and “calculated inflammatory language” in the rancorous debate about the country’s European future.

But Tories pointedly broke with Commons tradition by giving the Prime Minister sustained applause from the Government benches.

In a marathon three hours in the Commons, the Prime Minister accused the judges of meddling in politics and MPs of using legal manoeuvres to deny the democratic verdict of the 2016 EU referendum.

“Instead of facing the voters, the opposition turned tail and fled from an election. Instead of deciding to let the voters decide, they ran to the courts instead,” he said.

Mr Johnson urged Labour leader Jeremy Corbyn or the smaller opposition parties to trigger a motion of confidence in his Government.

“They have until the House rises today to table a motion of no confidence in the government, and we can have that vote tomorrow. Or if any of the other parties, the smaller parties fancy a go, they can table that motion, we’ll give you the time for that vote.

“Will they have the courage to act or will they refuse to take responsibility and do nothing but dither and delay?

“Why wouldn’t they? What are they scared of?” he said.

“It is time for this Parliament finally to take responsibility for its decisions. We decided to call that referendum. We promised time and again to respect it.

“I think the people of this country have had enough of it — this Parliament must either stand aside and let this government get Brexit done or bring a vote of confidence and finally face the day of reckoning with the voters.”

The Prime Minister said: “I want Brexit done, people want us out on 31 October, with a new deal if possible but without if necessary.”

Rounding on the “dither” and “gridlock” at Westminster, he added: “The truth is the majority in this Parliament are not opposed to the so-called No Deal — this Parliament does not want Brexit to happen at all.”

He accused many opposition MPs of living in “a fantasy world”.

Mr Johnson said: “I think the people of this country can see perfectly clearly what is going on.

“They know that this Parliament does not want to honour its promises to respect the referendum.

“The people at home know that this Parliament will keep delaying, it will keep sabotaging the negotiations because they don’t want a deal.”

He added: “The people outside this place understand what is happening.

“They know that nothing can disguise the truth about this Parliament.

“It is not just that this Parliament is gridlocked, paralysed, refusing the deliver on the priorities of the people.

“It is not just unable to move forward. It’s worse than that Mr Speaker.

“Out of sheer political selfishness and political cowardice members opposite are unwilling to move aside and let the people have their say.

“They see MPs demanding that the people be given a say, then running scared from the election that would provide them with one.

“And worst of all they see ever-more elaborate legal and political manoeuvres from the party opposite which is determined, absolutely determined, to say ‘we know best’ and thumb their noses at the 17.4 million people who voted to leave the EU.”

Responding in the Commons, Mr Corbyn rubbished Mr Johnson’s statement as “10 minutes of bluster from a dangerous Prime Minister who thinks he is above the law, but in truth is not fit for the office he holds.”

He added: “This government is failing the people of Britain.

“The highest court in this land has found the Prime Minister broke the law when he tried to shut down democratic accountability at a crucial moment for our public life.

The judges concluded there was no reason, let alone a good reason, for the Prime Minister to have shut down parliament.

“He should have done the honourable thing and resigned. Yet here he is, forced back to this House to rightfully face scrutiny, without a shred of remorse or humility and no substance whatsoever.” 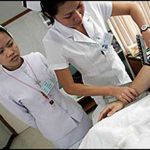 Thailand to track down tourists who skip hospital bills