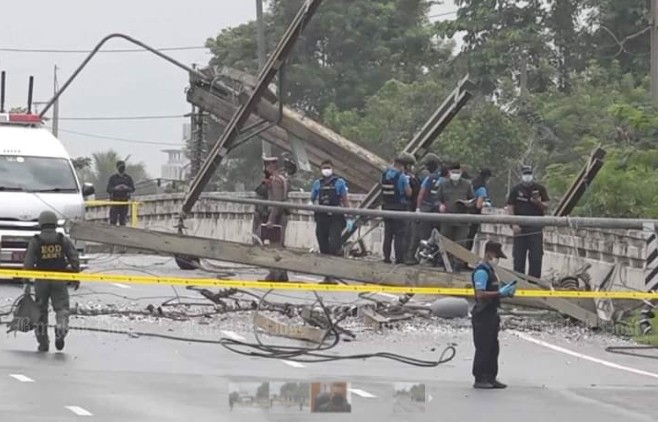 In Muang district, the explosions took place at two spots.

At the first, the blast toppled two power posts by Highway 409 at Ban Tha Sap or the Moo 1 village of tambon Tha Sap. The second bomb went off at a power post near a power plant at Ban Phong Yirai in tambon Phong Yirai.

In Bannang Sata district, the bombs exploded at four spots.

The first bomb went off at a power post by Highway 410 opposite a rubber wood processing factory in Ban Pa Wang or Moo 1 village.

The second and third explosions were at a power post and a mobile phone signal tower at a T-junction in Ban Bue Su or Moo 6 village.

The fourth blast went off near a power post at Ban Kasang or Moo 3 village in tambon Tano Puto.

According to Pol Maj Gen Tinnakorn, the explosions inflicted no casualties but caused some power posts to fall, leading to a blackout. However, the Provincial Electricity Authority managed to repair the damage and the power supply resumed shortly afterwards.

All of the bombs were locally made with fire extinguisher cylinders and timers.

The police chief did not reveal the exact times of the six explosions.

He said the BRN claimed responsibility for the blasts on its website, saying its “warriors of a new generation” were demonstrating their potential. 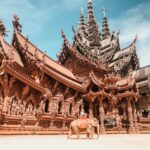