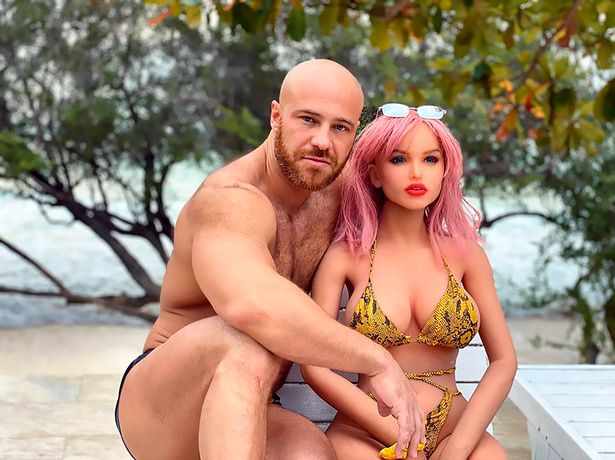 Bodybuilder Yuri Tolochko, from Kazakhstan, married his sex doll Margo at a ceremony last year. He said she had broken just days before Christmas and was being repaired

A bodybuilder who married his sex doll is apparently “cheating” with a strange object.

A bodybuilder who married his sex doll is apparently “cheating” with a strange object.

But he revealed she had broken just days before Christmas and was being repaired.

In the meantime, he recently posted a video on Instagram of himself touching a silver object with small ridges while wearing nothing but his underwear.

One follower replied: “Hey…Are you cheating on your wife?!”

Yuri said “maybe”, adding: “I can’t stand while she’s in the hospital.”

The social media user said: “You gotta spread your seed.”

Another Instagram follower added: “Somehow I don’t think your wife would have much to say about it all anyway.”

Commenting on the video, Yuri also insisted to his followers it was “wonderful”.

Dozens of guests attended his wedding to the sex doll, which had been delayed for months by the coronavirus pandemic.

He said he first met her at a nightclub and popped the question in December 2019.

The blogger said he has been living with the for more than 18 months.

Sharing footage of the celebration on his Instagram page, he wrote: “It’s happened. To be continued.”

In the video, he put a ring onto her finger and then kissed her.

The footage shows the pair take the first dance in front of a crowd.

In December, he revealed the sex doll had broken shortly before Christmas.

He said she was being repaired in another city, adding: “When she recovers, it will be a gift for both of us.”

Yuri previously described what the relationship was like and claimed “many men would like to imagine the same”.

He told the Daily Star: “In general, I began to be jealous of Margo.

“After the wedding, I decided to show her less to people, I forbade her from Instagram (I did this a long time ago).

“Maybe I’m being too selfish.

“But that’s the beauty of Margo, that I can do this to her and she won’t mind.”

He also previously said he delayed the wedding a second time after being attacked during a transgender rally in the city of Almaty in Kazakhstan on October 31 2020.

Yuri ended up with a broken nose and a concussion after dressing as a woman for the march. 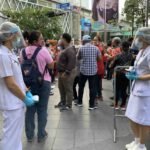 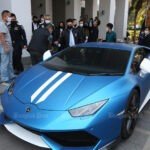