Bob Willis played 90 Tests and 64 ODIs for England in the 1970s and 1980s before becoming a Sky Sports pundit after he retired.

Willis, who also played for Surrey and Warwickshire in the County Championship, was captain for the national team in 18 Tests.

His crowning moment was the 1981 Ashes series against Australia – as he claimed 43 scalps in the series including an incredible eight for 43 at Headingley to set up Ian Botham’s heroics.

Willis was particularly known for his trademark long run-up and distinctive action.

After he retired from cricket, he became a successful pundit on Sky Sports – where he was famed for his forthright views.

Last year, Willis was named as a member of England greatest Test XI by the ECB, as part of their celebrations for the country’s 1000th match.

Willis’ family said in a statement: “We are heartbroken to lose our beloved Bob, who was an incredible husband, father, brother and grandfather. He made a huge impact on everybody he knew and we will miss him terribly.”

Former England opener Michael Carberry was among the first to pay tribute. He said: “Very sad to hear the passing of Bob Willis.

“Had the pleasure of working with him on Sky Cricket. Great man and knowledge of the game as well as a great bowler.”

Surrey tweeted: “All at Surrey County Cricket Club are devastated to learn of the passing of former Surrey and England bowler Bob Willis. Our thoughts are with his family and friends at this time.”

England selector James Taylor added: “Awful to hear the passing of Bob Willis. I was lucky to work along side him not long ago with @SkyCricket! Brilliant cricketer, very knowledgeable and a lovely guy.”

Lord’s Cricket Ground said: “We’re very sad to hear of the passing of MCC Honorary Life Member, Bob Willis. A Lord’s legend & former England captain whose name is on the Honours Boards three times. Our thoughts are with his friends and family.”

Football legend Matt Le Tissier recalled a touching story about Willis: “RIP Bob Willis. Never imagined when I was growing up watching him destroy the Aussies in 1981 that many years later he’d teach me how to play bridge in a Spanish golf clubhouse after torrential rain had cancelled our round! Absolute gent and thoughts with his family.”

Yorkshire CCC said: “Yorkshire Cricket are devastated to hear of the passing of Bob Willis. One of the Headingley heroes from the 1981 Ashes triumph.”

Analyst and former Middlesex bowler Simon Hughes tweeted: “What incredibly sad news about Bob Willis. A lionhearted bowler, a brilliant pundit, hilarious story-teller and a loyal friend to so many. A major loss to our world. RIP” 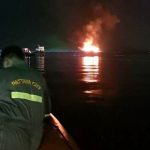 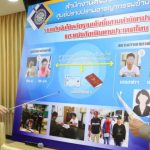 Stranded foreigners must get embassy letter, new visa or leave Thailand to...

Mark KellyJuly 14, 2020
The tough stance is expected to follow if an amnesty for short-term visa holders is...
END_OF_DOCUMENT_TOKEN_TO_BE_REPLACED