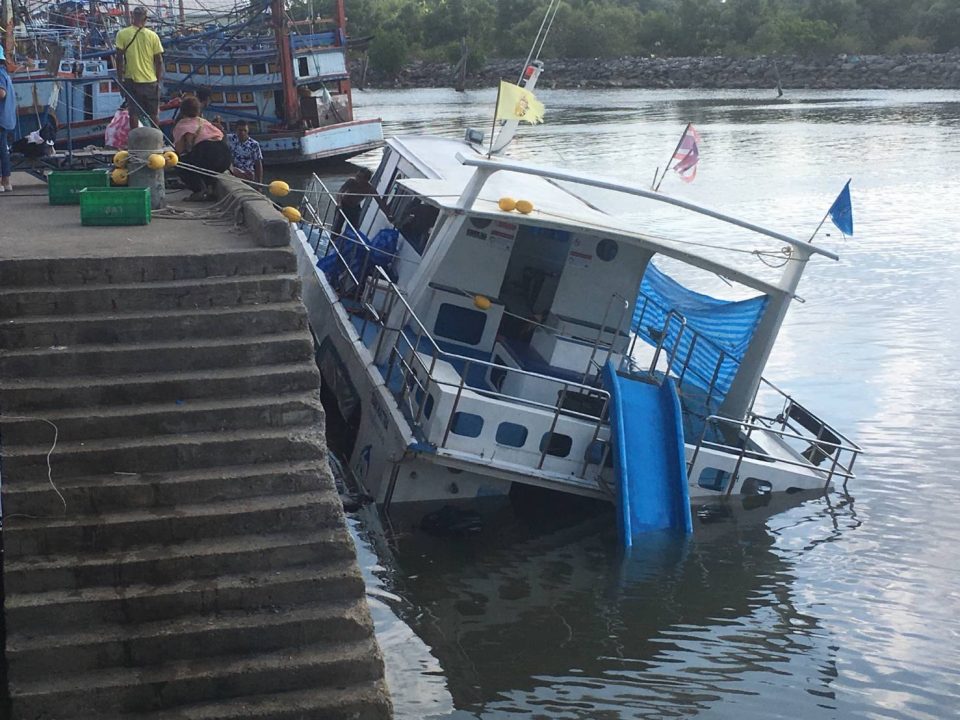 A boat carrying dozens of schoolchildren sank when it struck rocks in shallow water next to a pier in Chumphon province, southern Thailand, on Monday.

The vessel had taken around 40 youngsters from a school in Bangkok on a day trip snorkeling around the nearby islands.

But when the boat returned in the afternoon, the tide was out and it scraped along the rocks around Songserm Pier, the main port of entry used to visit Koh Tao.

The rocks are understood to have punctured a hole in the bottom of the vessel, operated by Siam Catamaran Tours,  causing it to start sinking.

Around 50 people including pupils, teachers and the boat’s crew fled as the boat dropped below the water line.

It was pictured later that day half submerged but was ”three quarters underwater” when the tide came in, according to officials.

A police source said the children were ”very fortunate” that they managed to leave the boat in time.

The source added: ”They were lucky that they were at the pier and they got off. No-one was injured but they were all shaken by it.

”Boats should all have systems to detect the depth of the water so questions need to be asked about why the boat sank in what is a busy pier used every day.”  credit VV 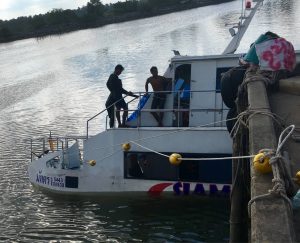 Update on The Man Who Sleeps With Rats