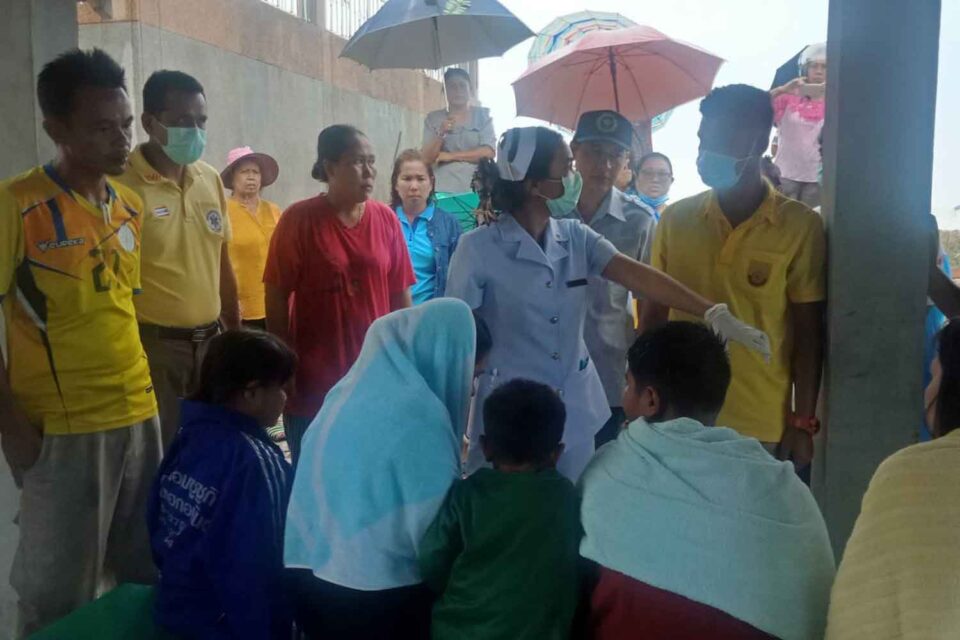 NAKHON SI THAMMARAT: One tourist drowned and another, an elderly man, was missing after a sightseeing boat capsized during a rainstorm in Thong Nian Bay, off Khanom district of this southern province on Monday.

Provincial governor Siripat Patkul said the boat was taking eight tourists out to see pink dolphins. The boat was hit by a storm and overturned about 3pm, dumping the driver and tourists into the sea.

A search was quickly organised. The driver and six of the eight tourists were found and were safe. The rescued tourists were a 34-year-old man, two women aged 27 and 40, two boys aged 10 and 6, and an 8-year-old girl.

A 54-year-old man identified as Manas Hadkaew was found dead in the water. Yongyuth Jaisabai, 63, was still missing.

Mr Siripat said the search was continuing for the missing tourist.

A nurse takes care of the six tourists, three of them children, rescued after a sightseeing boat capsized in the sea off Khanom district, Nakhon Si Thammarat, on Monday. One tourist drowned and another was missing. (Photo: Nujaree Raekrun) 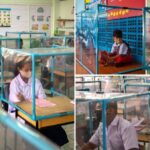 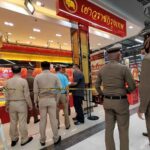