Home » BMA to increase fine for motorbikes riding on footpaths 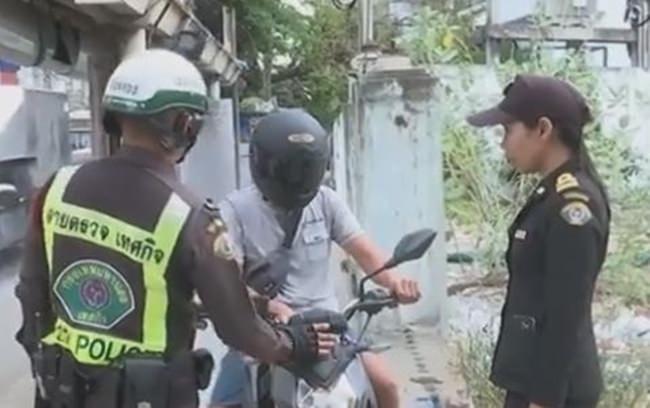 The Bangkok Metropolitan Administration (BMA) will increase the fine for motorbikes riding on walkways from 500 baht to 1,000 baht, as the problem continues to persist. From December onwards, BMA officials will be authorized to enforce the new fine without having to give violators a warning.

Deputy Bangkok Governor Sakonthee Phatthiyakul reiterated the BMA’s determination to return public areas to the public. He explained the reason behind the ramping up of the regulation, saying the problem of motorbikes riding on footpaths persists despite the ban, which was issued in July last year. The problem became more apparent after a student was hit by a motorbike while she was walking on Soi Lad Prao 69.

The Governor admitted that the BMA is understaffed to monitor all walkways in 50 districts but has resolved to increase the number of checkpoints to 230 from the previous 115 to deal with the problem.

According to the BMA’s record, Wang Thong Lang District has the highest number of violators, followed by Suan Laung, Lad Krabang , and Wattana districts.

The violators cited heavy traffic and long distances to make a U-turn as the most common reasons for them breaking the law.

Pedestrians have submitted more than 10,000 pictures of violators to the BMA since July and the the BMA has collected a total of 4 million baht in fines.