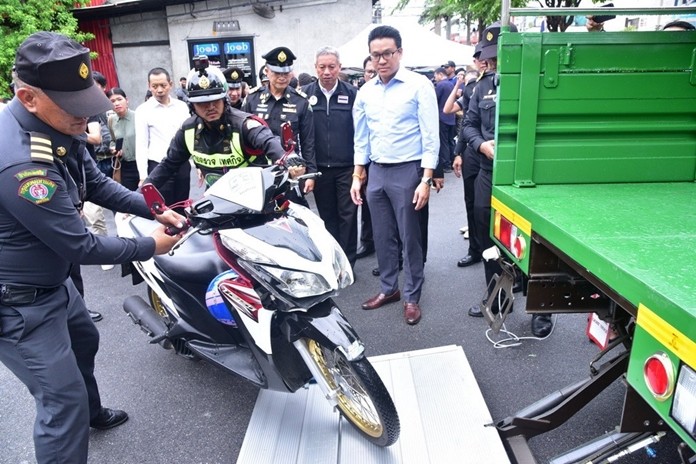 Motorcyclists riding and parking on footpaths in Bangkok can now be fined 2,000 baht on-the-spot; the new regulation applies from August 1, 2019. Those who report information as to a motorcyclist riding on the footpath will be rewarded with 1,000 baht.

Bangkok Metropolitan Administration (BMA) doubled the fine and offered the reward after the previous 1,000 baht fine appeared not to act as a deterrent and there were still injuries caused by violators’ carelessness.

Bangkok Deputy Governor Sakolthee Phatthiyakul oversaw the imposition of the new higher fine on Lat Phrao Road in Wang Thong Lang district at the start of this month. For the effective enforcement of the new fine, the BMA has used the database on registered motorcycle owners so immediate legal action can be taken against motorcyclists who ride or park their motorcycles on pavements, Sakolthee said. 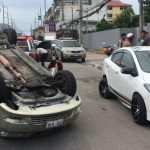