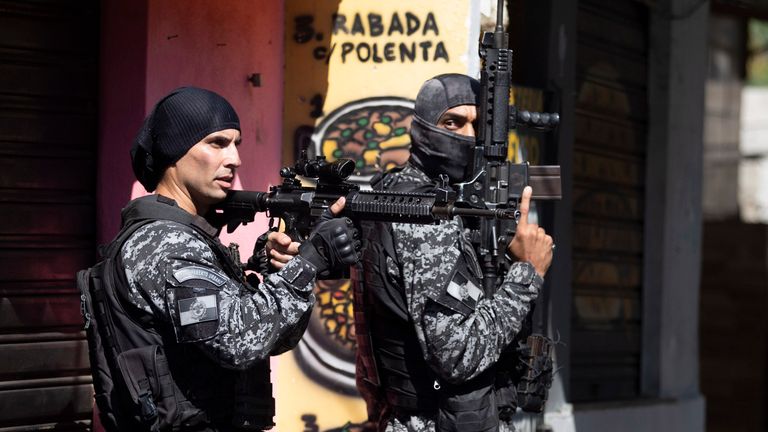 At least 25 people, including a police officer, have died in a shootout with drug traffickers in Rio de Janeiro.

Suspects tried to escape across rooftops as police in armoured vehicles entered the slum in Jacarezinho, a shanty town in northern Rio de Janeiro.Sponsored link

Bullets fired during the shootout also struck two passengers on a nearby metro train, the fire brigade said.

Three policemen were hit and one died of his wounds, police confirmed.

Also among the dead were leaders of the drug trafficking gang that dominated life in the slum.Advertisement

At least 10 suspects have been arrested.

In a statement on its Facebook page, the city’s Civil Police said it was “with extreme regret”, that police inspector Andre Leonardo de Mello had been killed “during the operation to combat organised crime in the community of Jacarezinho”.

And it paid tribute to the officer, saying “he honoured the profession he loved and will be missed”.

It continued: “The action was based on concrete intelligence and investigation information.

“On occasion, criminals reacted strongly. Not just to run away but to kill.

“Unfortunately, the war scenario imposed by these gangs demonstrates the importance of operations so that criminal organisations do not strengthen themselves.”

Jacarezinho, one of the city’s most populous favelas, with some 40,000 residents, is dominated by the Comando Vermelho, one of Brazil’s leading criminal organisations.

The police consider Jacarezinho to be one of the group’s headquarters.

Thursday’s operation was aimed at investigating the recruitment of teenagers to hijack trains and commit other crimes, police said in a statement.

They said the criminal gang has a “warlike structure of soldiers equipped with rifles, grenades, bulletproof vests, pistols, camouflaged clothing and other military accessories.”

It was the deadliest single police operation in the state of Rio de Janeiro, which has suffered from drug violence in its poor neighbourhoods for decades.

Observatory director Silvio Ramos said Thursday’s raid was among the deadliest in the city’s recent history.

Many of them appear to violate a ruling by Brazil’s Supreme Court last year that ordered the police to suspend operations during the pandemic, restricting them to “absolutely exceptional” situations.

Rio police killed an average of more than five people a day during the first quarter of 2021, the most lethal start to a year since the state government began regularly releasing such data more than two decades ago, according to the Observatory.

Police chief Ronaldo Oliveira told Reuters: “This is the largest number of deaths in a police operation in Rio, surpassing 19 at Complexo do Alemão slum in 2007 – except we did not lose one of ours in that action.

“Now, a police officer has died, which is a great loss for us,” he said. 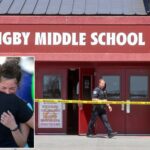