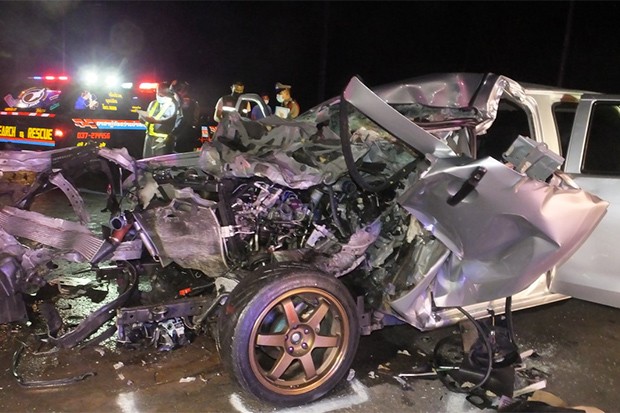 A young man was killed and two others seriously injured when a pick-up they were travelling in rammed into the rear of an articulated lorry in Prachantakham district of this eastern Central province on Sunday morning, police said.

A police investigation revealed that three people were returning from a pub in Kabin Buri, heading to Prachantakham district when their pick-up rammed into the rear of an articulated lorry, fully loaded with eucalyptus wood blocks.

The pick-up was badly damaged in the front. The driver, Worapol Suksamran, 23, and his wife Thidarat were seriously injured.

They were first admitted to a hospital  in Prachantakham district and later transferred to Chao Phraya Abhaibhubejhr Hospital in Muang district due to their serious injuries.

The other passenger, Anucha Sripila, 23, was killed.

The lorry was slightly damaged in the rear.

A pick-up they is severly damanged after it rammed into the rear of an articulated lorry in Prachantakham district of Prachin Buri on Sunday. (Photo by Manit Sanubboon) 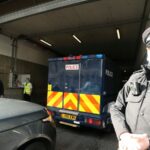 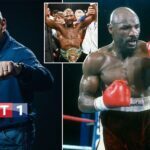