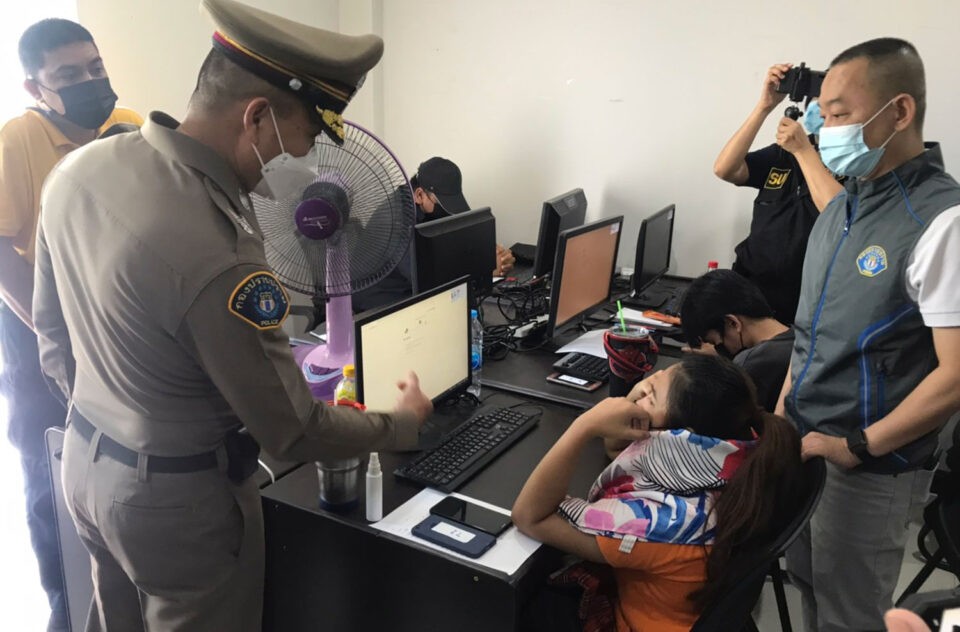 Thirty members of an online illegal lending network operated by a Chinese national were arrested during a raid on three buildings at a housing estate in Muang district.

They were acting on information the three four-storey buildings served as offices of a loan-sharking network.

Upon seeing police, at least 50 people seated at computers got up and fled, arresting officers said. Thirty of them were subsequently caught.

The arresting team seized 130 computers and documents detailing names of borrowers from many rooms in the three buildings.

CSD commander Pol Maj Gen Suwat Saengnum, who led the operation, said the raid followed a complaint that  loan sharks had rented the buildings for use as an office for illegal lending services.

The CSD launched an investigation and then presented evidence to the court, which issued a search warrant. (continues below)

He said the investigation found that the gang used an online app to persuade customers to take out loans.

Most customers were Thais with financial problems. The gang charged unusually high interest rates and sent debt collectors to intimidate people who failed to pay on time.

The gang had also sent messages to people close to slow-paying debtors.

Pol Maj Gen Suwat said the lending service had been operated by a Chinese national for several years.

The gang kept moving its offices to avoid authorities. It had operated from premises in Chiang Rai, Phetchaburi and Chon Buri before moving to Nonthaburi two months ago.

Most of the employees who were arrested were tasked with contacting debtors via phone to ask for repayments. One employee had a list of more than 2,000 debtors, Pol Maj Gen Suwat said.

Those who were caught would be charged with violating laws governing loan interest rates and financial institutions.

The CSD would coordinate with technology crime suppression police to examine data on the seized computers.

The investigation would be extended with the aim of arresting the real culprit behind the loan sharkijg operation, he said.

A source said borrowers had to make an immediate repayment of 40% of the loan capital, but continued to pay interest on the full amount until it was paid off. 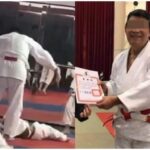 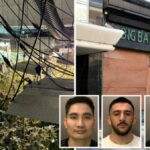