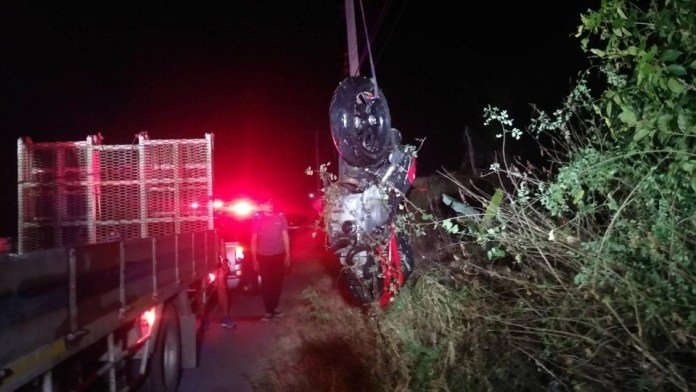 A big bike driver has died at the scene after a road accident in Panat Nikhom yesterday morning.

The Panat Nikhom Police was notified of the accident at 4:00 AM near a school in Tha Kham.

Police and Sawanghet rescue workers arrived at the scene to find a wrecked big bike in the ditch.

Its wheel, which had been separated from the motorbike, was found on the road.

The body of Mr. Khanchai Boonmee, 28, was found in the ditch. His remains were taken to a local hospital.

Rescue workers told police that at first they had only found the damaged motorbike. The body of the driver was later discovered nearby.

Police are continuing their investigation to find the exact cause of accident as there were no witnesses present. Speed is believed to be a factor.

STORY BY: The Pattaya News 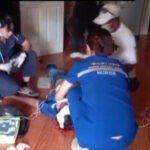 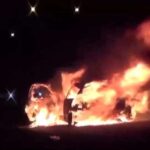