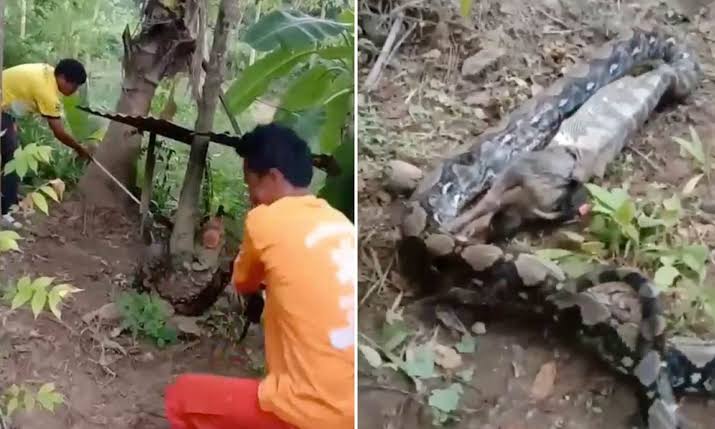 This is the moment a Thai grandmother watched on in horror as a 16ft snake that had just eaten her pet dog regurgitated it in front of her.

Unable to tackle the huge reptile herself, she called a team of snake-catchers but by the time they had arrived, the dog was long dead.

Meanwhile, the python was sitting curled up in a tree, digesting its meal.

The snake-catchers hauled the python down, at which point it regurgitated the dog while a horrified Neam looked on.

The grandmother said her chickens and cat had gone missing before she found Toob being killed, and suspects the same snake was responsible for killing all of them.

‘If the rescuers did not catch it, maybe I would be the next victim,’ she told local media.

After the dog was out of the snake’s stomach, animal workers took it away.

The snake in the video appears to be a reticulated python, which is the world’s longest species of snake and can grow to more than 20ft.

Reticulated pythons are common in south and southeast Asia where they will eat almost anything they can kill, including mammals and birds.

They are ambush hunters, typically camouflaging themselves in undergrowth and waiting for prey to wander close.

Pythons strike quickly, using their serrated fangs to grip on to the prey before wrapping their bodies around the struggling animal and constricting it to death.

Like many species of snake they are capable of distending their jaws, allowing them to swallow animals up to a quarter of their own length.

The prey is then slowly digested over the course of days or weeks, after which the snake may not need to feed again for months. 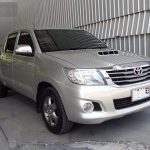 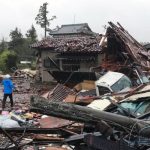