Patong Chief Lifeguard Somprasong Sangchart confirmed to The Phuket News this morning that red flags have been posted all along the beach to warn swimmers to not go in the water.

“We have been keeping a close on the weather in recent days, but today the weather is just too much” he said.

“We set red flags all along the beach and I have ordered lifeguards to keep eye on the beach to tell tourists to stay away from the water,” he added.

“When the weather improves, we will look at setting up ‘safe zones’ marked with yellow-red flags so that tourists know where they can enter the water,” Mr Somprasaogn said.

“But until then, please stay out of the water,” he urged.

Similar action to prevent swimmers from entering the dangerous surf is expected at other main beaches along the west coast today.

Patong Surf Life Saving only yesterday issued yet another warning for swimmers to obey the red flags, warning where it is not safe to enter the water.

The warning included a video of previous rescues of mostly Chinese tourists who ignored the red flags and lifeguards’ warning to not enter the water. (See video here.)

The dangerous surf warning for Phuket issued by the International Surf Lifesaving Association (ISLA) on Wednesday remains in effect.

The warning for “High Surf, Rip Currents, Rapid Beach Erosion” are in effect for Thailand’s entire west coast along the Andaman Sea.

“Prolonged winds from the strengthened southwest monsoon have created dangerous conditions over a wide stretch of Thailand’s coastline. In Satun, all major beaches are ‘closed’ with red flags warning beachgoers not to enter the water,” the warning noted.

“The dangerous conditions span nearly 300km, the entire length of Thailand’s west coast, from Satun north to Ranong, including all west and southwest facing beaches and bars in-between.

“These conditions are predicted to worsen through the weekend, with the largest waves breaking on Khao Lak’s beaches at over three meters in height.

“The International Surf Lifesaving Association wishes to stress that posting red flags alone is not enough to keep beachgoers safe from the current conditions. Trained and tested ocean lifeguards are needed to prevent unnecessary drownings,” the warning added.

Mr Jenner this morning expressed to The Phuket News his serious concern that red flags alone are not enough to keep tourists safe and prevent them from entering the water.

“The red flags should be augmented by barricades where possible clearly stating ‘Beach Closed – Do Not Enter’ and enforced by anyone who has the authority to do so.

“There should also be official announcements by government agencies such as the local council or provincial government, the DDPM*, TMD**, and others to that effect,” he added.

“Warnings should be clear, saying, ‘Closed to public entry until further notice,” he added. 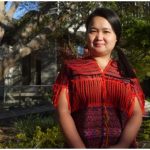 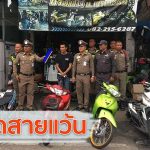