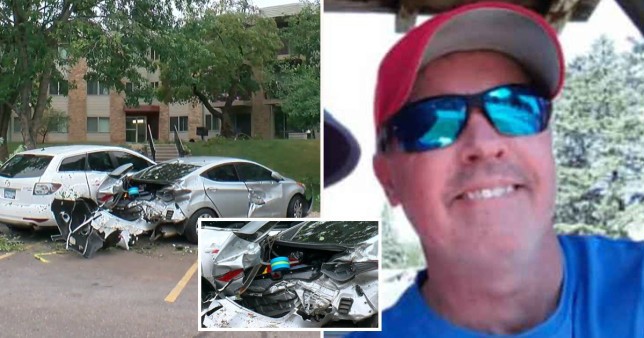 A youth baseball coach was shot in the head and killed by another driver while driving with his 15-year-old son – who gave CPR until an ambulance arrived.

Jay Boughton, 56, was driving his son Harrison home from a baseball game he was coaching at when he got into an ‘altercation’ with another driver on a highway in Plymouth, Minnesota, at around 10pm on Wednesday night.

It’s currently unclear what exactly happened between the two drivers in the lead up to shots being fired but Boughton was shot dead by the driver of the other vehicle – a light colored SUV – who then fled the scene.

After being shot Boughton lost control of the car and crashed into an apartment building’s parking lot. His son, Harrison, then tried to save his father’s life until EMTs arrived, reports CBS.

According to police the shooter is still at large and was last seen driving away from where the incident took place in a light-colored SUV, possibly a Chevrolet Tahoe, Suburban or similar.

Boughton was an assistant coach for the Armstrong-Cooper Youth Baseball Association and has been described by friends as ‘wonderful person’ who ‘always had a smile.’

He leaves behind a wife, a 13-year-old daughter and his son Harrison, who was also treated in hospital after the crash but has since been discharged.

Investigators with Plymouth Police have since said there was a ‘traffic related altercation’ prior to the shooting which they described as a ‘senseless act beyond understanding’.

Friends of Boughton’s have paid tribute to him as a ‘pillar of the community’.

Scot Cybyske told KSTP: ‘(Jay) was always positive, always clapping. The boys could be down by 15 runs and he was encouraging individuals. Never raised his voice. Cool, calm, and collected.’

Another friend, Joe Higgins told the broadcaster: ‘I’ve had friends die, but I’ve never had a friend murdered, and to have him die in that manner, just shocking. Hard to wrap your head around.’

‘So tragic. Couldn’t believe it happened to such a wonderful person, in the manner it did,’ Higgins added.

‘Such a senseless crime. To not see him in the stands with us, the next time we’re at a ball game, it’s going to be hard.’

A close friend of Boughton’s told CBS, that he ‘was just your typical all-American boy’.

‘He grew up as a Cub Scout and a Boy Scout’, the friend said.

‘He was a good father, good family man. He was involved, a very involved dad. His wife and kids, they’re just going to be hurting without him.’

Plymouth Police chief Erik Fadden held back tears as he spoke at a press conference on Wednesday, saying: ‘This was one of the most tragic events that I have witnessed in my 20 years in policing.

‘It was truly a senseless act that resulted in the loss of a human life and our thoughts and prayers go out to the family, friends and those affected by this horrible event.’

ACYBA president Dale Bjerke said Boughton has been the assistant coach with the 15UAAA team for the last three years and his son played in the league.

In a statement ACYBA said: ‘There have been numerous emails shared today about Jay and what a wonderful coach, parent and husband he was.

‘Jay was the one of those guys who would do anything for anyone at any time and always with a smile. The ACYBA Board extends our deepest sympathies to the Boughton family and those who knew them.’

In a letter to families, Bjerke said that all of the 15UAAA ball games have been cancelled for the rest of the season. 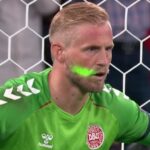 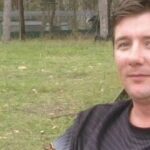