Day One and a tour bus crash…

Who exactly will be arriving in Thailand…

Down in the basement, Newcastle and Southampton are battling for survival whilst for Manchester City and Watford they could be meeting at Wembley in May.

Everton have lost six of their last ten games, won three, and drawn one. Their wins came at Cardiff and Huddersfield and at home to Bournemouth. Newcastle have a bit more about them than those three teams although the 0-0 draw with Liverpool might have a positive impact on their season. Newcastle have won four of their last five home games which included a 2-1 against Manchester City.

Spurs have lost their last two away league games at Burnley and Chelsea and they have only lost three on the road in a row under Mauricio Pochettino once. At Manchester United, Arsenal, and Leicester in October/November 2017. Southampton, as they did against Manchester United, keep dropping points from winning positions. Twenty this season which puts them up the top of that particular table.

The Spurs boss, who admitted when he left Southampton to join Spurs he shed a few tears, will be in the stands for this one as a result of a two-game ban for his on-pitch confrontation with referee Mike Dean at Burnley. He intends to appeal.

Against Manchester United, Southampton showed now fear and they need to try and replicate that today.

Watford are clear in 8th and contesting 7th place with Wolves. This is a potential FA Cup Final rehearsal and Watford need to prove themselves again after their recent 5-0 defeat at Liverpool.

Watford have no injuries or suspensions.

Manchester City have struggled in their last two Premier League games winning 1-0 at home to West Ham and 1-0 away to Bournemouth. They enjoyed their usual possession but the goals didn’t flow. Watford should provide more of a challenge and City, without Fernandinho, could find their style hard to contain. 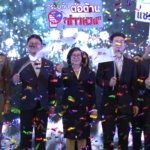