So far it’s been 2-0 for Solskjær in his mini-game challenge. A 2-0 defeat to PSG and a 2-0 victory in the FA Cup fifth round at Chelsea. Today it’s the big game challenge against Liverpool which might have a lot of United fans in a ‘State of Flux.’ If United win City should have an easier chance to win the Premier League. If United lose they could drop out of the top four!

Eric Cantona Had This To Say:

“It hurts a lot. But they play wonderful football. But now, if United had started the season 10 games ago, they would be top of the league. City and Liverpool play nice attacking football, now and score plenty of goals, which is like Man United. They have the philosophy we did – enjoyment. Of course, if they (United) keep playing like this, they still have a chance, no? (Of winning the league)”I remember during my time, we were 12 points behind Newcastle and we won the league – so we have to hope and dream.”

The Frenchman was then pushed on who he would prefer to win the league out of City and Liverpool.

“Nobody,” he replied. “It’s like asking me if I’d prefer to have my teeth made of wood or my legs of sponge.” At least, he didn’t mention the seagulls.

In many experts eyes, Solskjær has done enough to be offered the United job right now irrespective of what happens against Liverpool today. He’s got the players, fans, and probably most importantly, Sir Alex on his side. Right now the squad might not be as good as City or Liverpool but a few transfer window tweaks could put that right.

Anthony Martial and Jesses Lingard, both injured against PSG, could be available for selection today.

Liverpool are still without long term casualties Joe Gomez (ankle) and Alex Oxlade-Chamberlain (knee). Dejan Lovren (hamstring) will also miss out but  Virgil van Dijk returns after missing the game against Bayern Munich due to suspension.

Liverpool needs goals and will be pushing to try and reduce the goal difference margin they have with Manchester City. 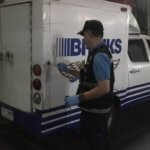